HomeCommentaryIs a Sense of Entitlement the Root of Evil in Our Society?
Commentary

Is a Sense of Entitlement the Root of Evil in Our Society?

Whether it is some two-bit politician in Podunk who has an innocent hard-working person removed from her job for what he perceives is his right because he has the power, or a fat-cat CEO who has hundreds of people laid off while he collects multi-million dollar–or even billion dollar–perks with no qualms whatsoever, we see evil appearing to rule the day. It could be a drug addict who thinks it’s okay to rob an elderly person to get money for a fix. It could be the director of a nursing home who allows aging bedridden patients to be neglected to increase profits.

Let’s face it. We have an abundance of evil-acting citizens in our midst.

What is their motivation for these horrible choices? Mainly, in my humble opinion, it’s a sense of entitlement.

“Entitlement is the handmaiden of the ego, the sign of a neglected, malnourished soul,” Anthony B. Robinson wrote in “Articles of Faith: The unfortunate age of entitlement in America.”

In detailed discussion of this subject, Lynne Namka, Ed. D. wrote in 1997, “You Owe Me! Children of Entitlement.”

Dr. Namka talks about children who feel that they should have their way all the time. Although the article is directed to teachers, the discussion she portrays gives insight on what is happening in our society as a whole. 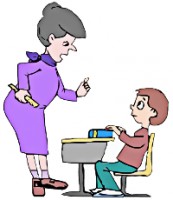 It begins with the child who truly believes that she should have anything and everything she wants—just because she wants it. Somehow, whether because parents have no will power or understanding of their role as parents, the child gets whatever his heart desires.

Dr. Namka points out that many times this is because parents get divorced. Through guilt, parents feel that the only way they can make it up to the child is by showering her with gifts. The child, sensing this weakness in the parent’s relationship and feeling cheated because “it’s not fair that my parents got a divorce,” grows up with this insatiable desire to have more and more and more.

That’s not the only reason, of course, that people are selfish. Some children exhibit narcissistic behavior because of emotional damage during childhood. Dr. Namka believes that if deprivation occurs around the age of two when children should be learning to separate themselves from their mother, the child can experience arrested development resulting in extreme selfishness. Some children become narcissistic because of physical or sexual trauma, neglect, rejection, or just from being extremely spoiled. Others acquire this trait from parental expectations that are too high so that the parent’s ego is enhanced from the child’s accomplishments.

How people acquire their sense of entitlement is a complicated subject.

Teachers see this constantly in children’s behavior. I once heard a child sassily remark, “Why should we have to buy all these school supplies and pay for field trips? This is supposed to be a free education!” Obviously, that remark came straight from of a parent’s mouth into the child brain that believes now in entitlement. 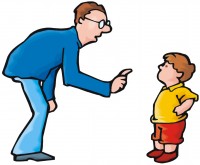 Here’s the bottom line: if the child does not have a correction of this entitlement attitude prior to adolescence, the adult that results is not always someone you want to be around.

Whether the “entitled” adult becomes merely a jerk or dirty politician, turns into a criminal or sociopath or even a psychopath or serial killer, the evil he inflicts on those around him is inevitable.

Maybe it’s time we taught our children that hearing “no” is a part of life—and that life isn’t always fair—even if we all believe that the pursuit of happiness is unalienable.

The key here is “the pursuit.” Pursuing and having are two different activities.