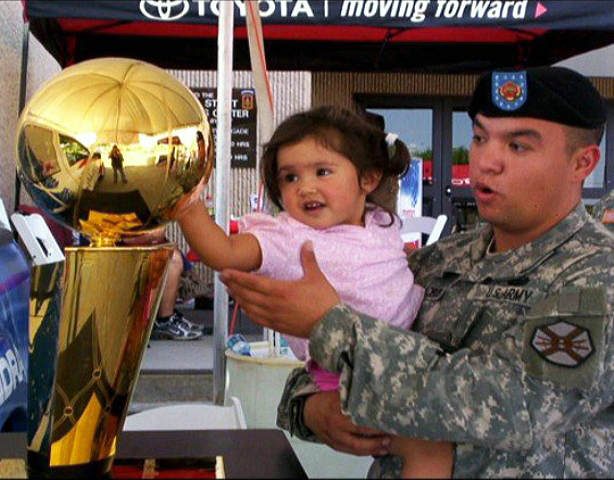 U.S. Army Staff Sgt. Gabriel Villalobos, a military intelligence analyst with Intelligence and Sustainment Co., Headquarters and Headquarters Battalion, 101st Airborne Division, holds his then 4-year-old daughter, Briana, while they check out an NBA trophy at Fort Bliss, Texas, in the summer of 2008. Villalobos is a U.S. citizen who grew up in a Mexican border town. He joined the U.S. Army to give back to the country that has given him so much. (Photo courtesy of U.S. Army) 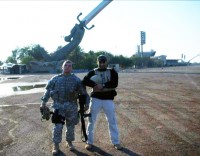