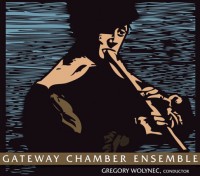 The Gateway Chamber Ensemble held a benefit with Hands On Clarksville to raise money that will go to help area businesses still hurting from the May 2010 floods. The performance lead by Conductor Gregory Wolynec featured songs from their recently released album Wind Serenades of Mozart and Strauss. The classical album has received critical acclaim since its release in March 2010.

All proceeds were being donated to Hands on Clarksville for the purpose of supporting non-profit agencies with their continuing flood relief and restoration efforts in areas of Clarksville and Montgomery County affected by the May 2010 flooding.

“There are flood victims out there who still need your help and support,” Rita Arancibia said, “Hands on Clarksville has taken on the task of ensuring that area non-profits have every possible assistance the organization can provide towards helping them get the job done.” You can donate money and other items towards helping Hands on Clarksville with this still immense task by calling Rita Arancibia at (615) 504-0285

During the third movement they presented a slide show of flood photos taken by our very own Bill Larson. The photos represented the flood from its beginning through the cleanup operation.

The Gateway Chamber Ensemble has four concerts scheduled for their 2010-11 season.

The first concert will be on Monday, September 27th at 7:30pm, and will feature Joseph Haydn’s Symphony No. 6 ‘Le Matin’, Samuel Barber’s Adagio for Strings, and Aaron Copland’s Appalachian Spring (Complete).

The Gateway Chamber Ensemble’s 2010-11 season awakens to the glorious sunrise of Haydn’s ‘Morning’ symphony. Two American masters are featured in arguably their most popular works with Copland’s ballet score heard in its original form.

World-renowned flautist William Bennett joins the Gateway Chamber Ensemble in a dazzling concerto for flute and strings by C.P.E. Bach. The program opens with contemporary American Composer Ellen Taafe Zwilich’s Chamber Symphony, Schreker’s lush and colorful Chamber Symphony will be a true highlight of the season.

The third concert and the first of the new year will be on Monday, February 27th 2011 at 7:30pm, and features Felix Mendelssohn’s Notturno, Arthur Bird’s Serenade in D, and Georges Enescu’s Dixtour.

The last concert of the season will be on Monday April 4th at 7:30pm, and features Richard Wagner’s Seigfried Idyll, Johann Strauss Jr’s Kaiserwalzer, and Arnold Schoenberg Chamber Symphony, Op. 9.

The Gateway Chamber Ensemble finishes out their ambitious 2010-11 season with an exploration of Arnold Schoenberg’s early masterworks for 15 soloists. Richard Wagner’s touching musical gift to his beloved wife Cosima opens the program and is followed by Schoenberg’s own transcription of the Viennese ‘Emperor’s Waltz.’

It looks like it will be a great season and we hope to see you there!