U.S. and Afghan security forces worked together in a joint operation and captured the Taliban commander, known only as Attullah, in the early morning hours of August 31st. The powerful leader was discovered cowering in the wall of a house.

Attullah has a long history of insurgency. He has conducted a variety of insurgent operations throughout Paktika Province, and is believed to be responsible for the attack that killed U.S. Army Sgt. Vincent Owens in March 2010. 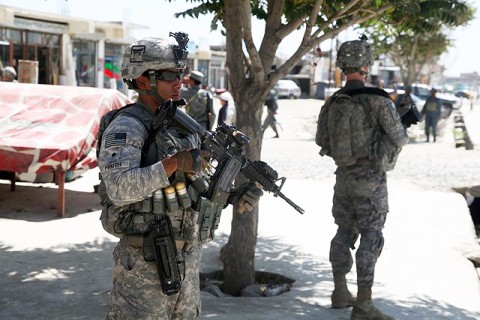 His fighters were known to target district centers and bazaars, where his attacks killed and wounded dozens of local Afghans, including women and children.

Despite their best efforts, the determined Soldiers seemed to miss Attullah time after time.

After several weeks of pursuit, Attullah went into hiding in neighboring Pakistan, hoping U.S. forces would give up the hunt. 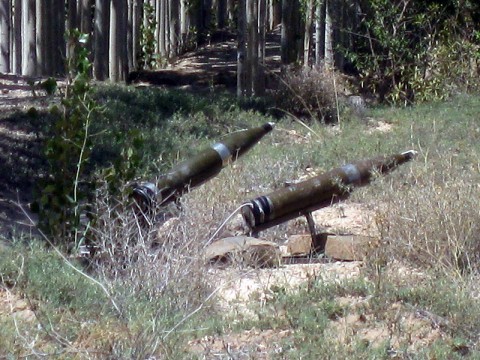 Two rockets sit hidden in a stand of trees, poised to strike Forward Operating Base Sharana. The rockets were discovered and destroyed recently, and the man responsible, Taliban commander Attullah, was captured in a joint operation with Soldiers from Task Force Iron and Afghan security forces. (U.S. Army courtesy photo)

By mid-August, Attullah was back in Afghanistan and began rallying insurgents against the coalition forces once again. One of his first orders of business was planning a rocket attack on FOB Sharana. Fortunately, nearly 50 Afghan Uniform Police with the assistance of Soldiers from 3rd Bn, 187th Inf. Reg., thwarted the attack by locating and destroying the rockets.

After the planned attack on FOB Sharana, many concerned local Afghans came to Afghan National Security Forces to express their concerns over Attullah’s renewed presence and his leadership position in northern Paktika.

The hunt for Attullah was on again.

As the Afghan and U.S. forces were thoroughly searching the targeted house, they found a clear tube protruding from one of the walls. When they pulled a pile of pillows away from the wall, they found Attullah cowering in a hole hidden in the wall.

“It was a great feat to capture this volatile insurgent,” said Afghan Brig. Gen. Muhammad Yaseem, chief of the Afghan National Directorate of Security. “We will continue our operations against the remains of his insurgent cell as well as any insurgent that attempts to replace Attullah.”

Everyone on the operation seemed to breathe a sigh of relief at the news of Attullah’s capture.

“Attullah intentionally tried to hide from security forces and slip away like he had done many times before, but this time we prevailed,” said Smith.  “Security forces successfully removed a very dangerous insurgent from the battlefield and brought significant improvement to the security of Paktika Province and to the people who live and work here.”