HomeNewsCenterplate Kicks Off the NFL Season with Big New Ideas for Titans...
News

New menu concepts, promotions, and guest services for the 2010 NFL Season in Tennessee 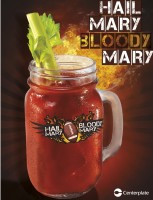 Another classic football fan favorite receiving the Centerplate touch is the Bloody Mary. This season, Centerplate will be offering the ‘Hail Mary Bloody Mary’ served in a souvenir mason jar mug. The company will also be expanding its smoothie program, which it tested to great success last season, consisting of fresh-blended juice smoothies; and mixed beverages offered in collectible cups.

Centerplate will be offering fan appreciation promotions like the “2 Point Conversion”, a special offer of 2 regular hot dogs at a discount ‘combo price’ and specialty mixed drinks in color-changing souvenir “Mood Mix’R” glasses which change color based on how hot the action in the stadium is. In October, the company will also join the fight against breast cancer with specialty items for Breast Cancer Awareness Month.

To complement its culinary offerings, the company has also initiated a series of enhancements to its service training and experience assurance initiatives. Centerplate’s training program, which has been completely revamped and launched as Centerplate University for the 2010 season, is based on a series of training sessions that provides our service team the foundation to succeed. In addition to functional training, the program includes a significant focus on food safety, responsible service of alcohol, and the principles and behaviors of gracious guest service for a better fan experience.

Centerplate is also introducing an extremely detailed evaluation process that judges our performance across numerous key metrics that enables the firm to conduct consistent, in-depth audits of its key performance indicators. In combination with the company’s quantitative Fan Tracking Study–regular, frequent, patron satisfaction and opinion surveys–the program provides instant win and grand prizes for fan participation to capture the voice of the fan directly.

“We are thrilled to welcome this year’s NFL Season,” said George Wooten, Centerplate’s Executive Vice President of Operations. “Between our new menu offerings, impressive service upgrades and ambitious menu additions, Centerplate is ready to bring fans an extraordinary football experience while expanding upon our goal to serve as a total solution partner to our team clients.”

Centerplate’s new 2010 NFL Season initiatives follow other recent company news, including the addition of several new client-partners such as the Woodruff Arts Center, one of the nation’s most prestigious art centers, in Atlanta, Georgia, the Cobo Conference/Exhibition Center, the storied 2.4 million square foot facility in the heart of downtown Detroit, and the Niagara Convention and Civic Centre, a new convention facility opening located in Niagara Falls, Ontario. This year has proven to be one of the company’s strongest ever in new business development and client retention in its eighty-year history.

City of Clarksville reports Street Cameras are back online