Nashville, TN – Jake Ryan hooked up with Adrian Mines for a seven-yard touchdown pass with 40 seconds left as Austin Peay State University rallied to defeat Tennessee State, 26-23, Saturday, at LP Field in the Ohio Valley Conference opener for both teams.

The victory also gives Austin Peay a 1-0 record in the Sgt. York Trophy Series—a battle between the Tennessee-based OVC schools. It also was APSU’s first-ever win against TSU in LP Field.

The Mines’ TD reception redeemed the senior wide receiver, who was called just three plays earlier for a holding penalty that nullified what appeared to be a game-winning 17-yard fourth-down run by Terrence Holt.

But the penalty may have been a blessing in disguise because the three extra plays helped take more time off the clock, giving Tennessee State just 40 seconds to attempt to tie the game.

The Govs’ victory represented the fourth straight season—since APSU rejoined the OVC—that the contest with TSU was decided by three points or less.

However, it didn’t look like the Governors were going to be unable to hold off defensively the Tigers much of the first half. In fact, Tennessee State held a 20:11 to 9:49 time-of-possession in the opening half as tailback Preston Brown rolled up 62 rushing yards while Dante’ Thomas added another 51. 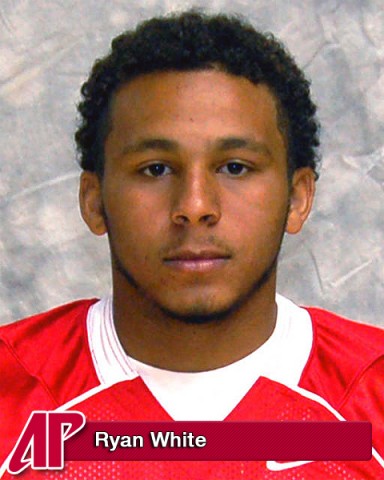 But a career-best 65-yard TD burst by the Govs’ All-OVC running back, Ryan White, gave the Govs some life late in the first half as the Govs’ tied the score 7-7 with 4:26 remaining. White finished the night with 112 yards rushing, his eighth career 100-yard rushing contest.

Brown answered with a one-yard TD run with 1:18 remaining before Stephen Stansell nailed the first of his school record-tying four field goals, this one from 50 yards with 44 seconds left—the field goal may have been good from another 10 yards out.

The Govs entered halftime trailing just 14-10 and used the second-half kickoff to boot another field goal, this one from 30 yards to make it a one-point game, 14-13, with 11:01 remaining.

But Tennessee State answered with a field goal of its own before Stansell connected one more time before the quarter ended to cut the deficit to 17-16 heading to the fourth quarter.

Tennessee State, meanwhile, appeared to gain game’s control when Tigers defensive back Eugene Clifford, an All-America candidate, intercepted Jake Ryan at the APSU 43. The Tigers then drove deep into Govs’ territory before Thomas scored from one-yard out to make it a 23-16 game with 8:58 left. However, Antonio Faulkner blocked the extra point to keep it a seven-point contest.

Attempting to keep the ball out of All-America kickoff return Terrence Holt’s hands, the Tigers’ ensuing kickoff was short and the Governors were able to take over at their own 42-yard line. On the first play from scrimmage, Ryan hooked up with Devin Stark for a 41-yard pass completion down to the TSU 17. But the Govs’ drive stalled at the Tigers’ 12-yard line, setting up Stansell for field goal No. 3, this one from 29 yards out.

This time the Governors defense answered the TSU challenge. After the Tigers got a first down at the TSU 40 after two Brown runs, APSU’s defense forced a punt. This time the Tigers didn’t kick it away from Holt, who caught it at his own 15-yard line and returned it 23 yards to the APSU 38-yard line. 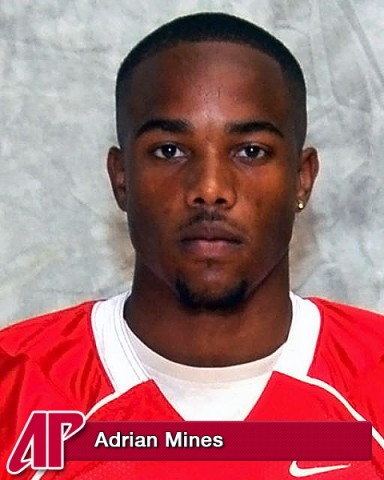 That was the life line the Govs needed. On first down, Ryan connected on the right sideline with Mines for 25 yards, down to the TSU 37. After a short run and false-start penalty, he again hooked up with Mines for 13 yards to the TSU 26.

After a Holt rush for five yards and a Ryan carry for zero yards, Ryan hooked up with sophomore tight end Ashlon Adams at the 17-yard line. The Governors were one-yard short of the first down and called a timeout with 1:00 left in the game.

That’s when Ryan faked a handoff right and did a reverse pivot to the left, pitching it to Holt, who appeared to give the Govs the lead. However, Mines was called for a hold at the four-yard line. After the penalty, the gain still was good enough for the first down.

After a roughing-the-passer penalty on TSU, Ryan hooked up with Mines at the one-yard line, who spun and used his strength to reach across the goal line to give APSU its first lead of the night.

That left it up to the special teams and defense to put the game on ice.

The victory was APSU’s second straight in the series as the Govs’ won last year in Clarksville, 24-21.