Although still searching for a No. 5 runner to close the gap with the front four, the Lady Govs quietly impressed at the Old Timers Classic last weekend, defeating three of the four Ohio Valley Conference schools competing at the meet. 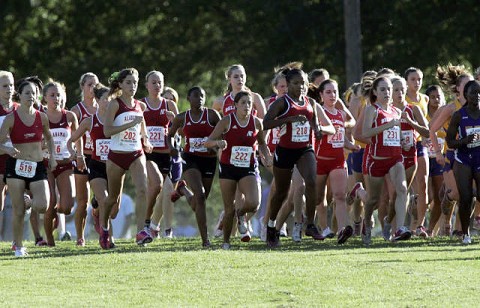 Freshman Miranda Weed led the Lady Govs for the second time this season, posting a 19th-place finish. She is joined by senior Janelle Avery and freshmen Xiamar Richards and Kendra Kirksey to form the Lady Govs front four. The Lady Govs remaining four runners, led by junior Alyssa Molnar, will be called upon to close the gap with the front group this weekend.

The women’s event at Memphis will feature 31 teams, including three regionally-ranked squads and four OVC opponents. Stephen F. Austin will highlight the field, entering the meet ranked No. 7 in the South Central region, with Auburn, the South Region’s No. 11 squad, also providing formidable competition. The Lady Govs also will get a chance to compete against Eastern Kentucky, Jacksonville State, Murray State and UT Martin.