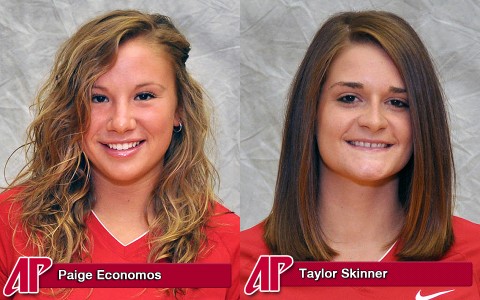 Skinner, of Avon, IN, was named the league’s “Offensive Player of the Week” after finishing last weekend’s action without an attack error in 24 attempts. She had seven kills on 14 attempts (.500 attack percentage) against Southeast Missouri with two assists and two blocks. She followed that with nine kills on 10 attempts (.900 attack percentage) against Eastern Illinois with three service aces and two blocks. It was the second time this season she has recorded back-to-back errorless matches.