Austin Peay (14-4, 5-2 OVC) has lost its last two road outings in five sets, falling at Jacksonville State, September 25th, and at Eastern Kentucky, Tuesday. The Lady Govs led both matches 2-1 before surrendering the fourth and fifth sets. Austin Peay was its own worst enemy in both contests, committing uncharacteristic errors on offense and struggling to keep serves in. 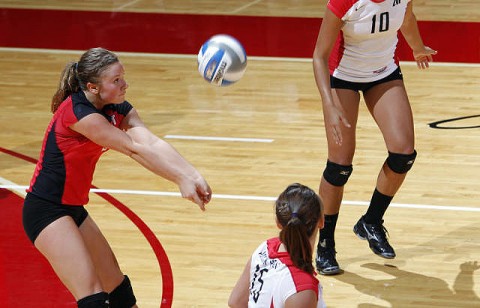 “If we look at strategic or technical things we can improve, then I will point to our passing,” said Lady Govs head coach Haley Janicek. “I believe Jacksonville State and Eastern Kentucky got us out of our offensive system. Being in a different gym where we were a little more uncomfortable we struggled with our passing. If we can win the serve/serve receive battle, I believe we will be fine. It’s a matter of our team coming together and playing the way we know how.”

Through seven OVC matches, sophomore Nikki Doyle leads the Lady Govs with 106 kills, averaging 4.08 kills per set. Senior Jessica Mollman has made her presence felt in league play as well, with 67 kills (2.58 per set) and team-bests in attack percentage (.305) and blocks (0.81 per set).

Tennessee State features a well-balanced attack with four players recording more than 100 kills this season. Santia Sanders leads the Lady Tigers with 134 kills (2.48 per set). Vicmari Prospero has 114 kills (2.11 per set) and  leads the team in attack percentage (.305) and blocks (0.87 per set).

Austin Peay leads the all-time series, 41-7, and has won three of the last four meetings, including both 2009 matchups. The Lady Govs won a three-set sweep in Nashville last season.