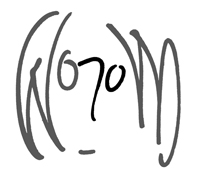 YouTube will honor John Lennon with a homepage spotlight starting at 9:00pm PT on Friday, October 8th and staying active for 24 hours. The spotlight will include a personal video from Yoko Ono, asking people around the world to submit videotaped tributes to John Lennon at www.youtube.com/johnlennon. Video testimonials from many of Lennon’s famous friends and fans, including Ringo Starr, Brian Wilson, Aerosmith, the Jonas Brothers, Jeff Bridges, Tony Hawk, Bret Michaels, DMC (Run-DMC), Brandon Boyd (Incubus), Bill Walton, and others, will also be included in YouTube’s homepage spotlight.

“I hope you’ll join me and a family of peace around the world to celebrate this very special day,” said Yoko Ono.  “Send in your own video tribute to YouTube, and we will share in keeping John’s memory alive.”

YouTube has also created a global Yoodle of the YouTube logo, to be launched in 25 countries at 9pm PT on Friday, October 8th and to remain live for 24 hours. The Yoodle will be synced to cover Lennon’s October 9th birthday in all regions.  Google has created its first-ever video doodle, which presents sketched animation featuring John Lennon’s self-portrait set to an audio clip of Lennon’s iconic song, “Imagine.”  It was created by Google doodler, Mike Dutton, with Yoko Ono’s approval.  The Google doodle will be live on Google homepages all over the world starting noon on Friday, October 8th and all day Saturday, October 9th until midnight.

For the first time, Lennon’s classic solo albums and other standout recordings have been digitally remastered from his original mixes. Double Fantasy, 1980’s GRAMMY Award winner for Album of the Year, is presented with a newly remixed ‘Stripped Down’ version produced by Yoko Ono and Jack Douglas, Lennon’s original co-producers for the album. Some Time In New York City has been restored to include the six ‘Live Jam’ recordings featured on the original album.