The No. 1-seeded Eagles are hosting the title game after making their way through OVC play undefeated at 7-01, the only tie coming at Eastern Illinois. In fact, since the scoreless tie at EIU, Morehead State has won six straight games. As the tournament’s top seed, the Eagles earned a first-round bye and downed the Panthers, 2-1, in the semifinal action. 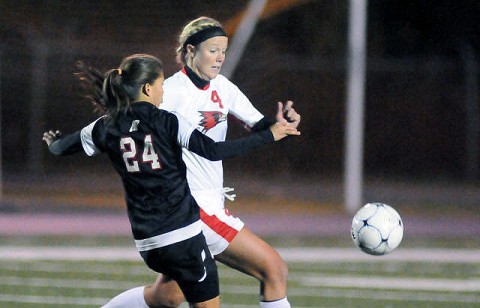 The Lady Govs lost at Morehead State, in the regular-season, on a penalty kick by Giuleana Lopez in the 62 minute. Since the loss, Austin Peay has reeled off five-straight wins in playing with a new sense of urgency. Credit a strong Austin Peay defense and first-team All-OVC freshmen Natalia and Tatiana Ariza.

As has been a theme for the Lady Govs all season, the final stretch run has seen a number of players step up to keep the team in the hunt. When the defense was struck by injuries, Northrup transitioned from midfield to the defense. Robinson has played at outside back, but recently has moved to the offensive side. Freshman Emily Kink, meanwhile,  who played at forward for much of the season, has moved to outside back on defense.

Even with all the changes, the Lady Govs have continued to make plays when it matters. In advancing to the conference tournament for the second time in program history, Austin Peay is poised to play for a chance to make their first-ever NCAA Tournament, as the title-game winner will represent the OVC.

Fans can watch the OVC Soccer Championship free on www.OVCSports.tv [1].