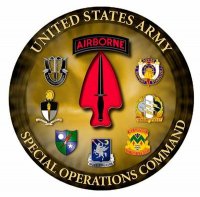 Clarksville, TN – The Clarksville Area Chamber of Commerce hosted its 18th annual Veterans Day Breakfast on Saturday and honored attending military veterans who fought in wars ranging from World War Two through the present day war in the Middle East.

Citizens and leaders of Clarksville-Montgomery County were in attendance and showed great appreciation of each and every veteran through a standing ovation. Master of ceremonies, Bill Harpel, individually thanked city and county leaders for coming out and showing their support.

The annual Veterans Day Breakfast was also host to a special guest speaker and this year, Colonel John Thompson (A) of the 160th Special Operations Aviation Regiment gave the keynote address. Thompson is native of Augusta, GA, and commissioned a aecond lieutenant in the United States Army upon graduation from college. He is a combat veteran of Desert Shield and Desert Storm, and has deployed several times in support of operation’s Enduring Freedom and Iraqi Freedom.

Thompson began his speech by presenting custom coins to the winners of the Interview a Veteran Essay Contest which is sponsored by the Kiwanis Club of Clarksville. Clarksville High School Student, Alexis Anderson and Mahaffey Middle School Student Lavonne Ikalina were the winners of this year’s contest. Ikalina had the special honor of interviewing her father, Robert, for the essay. He will be deploying next week to Afghanistan in support of Operation Enduring Freedom.

Thompson commended the Clarksville-Montgomery County community for its continued support of the military and its veterans. He also went on to thank members of the community for recognizing all that Fort Campbell brings to Clarksville.

At the end of his address, Thompson presented a slide show of night stalkers in action and show the history of the 160th and the regiments system of operations.  The audience was captured by the visuals of what goes into the day-to-day life of a night stalker and the 160th  Special Operations Aviation Regiment.

To view photos from the 2010 Veterans Day Parade visit our Photo Gallery on Discover Clarksville:
http://www.discoverclarksville.com/photogallery/events/2010/veteran-s-day/