HomeSportsLady Govs pull away in second half for exhibition victory
Sports

Lady Govs pull away in second half for exhibition victory

Austin Peay led by 15 points, 39-24, at halftime but needed a 14-4 half-ending run to build that margin. Cumberland scored six consecutive points to cut the lead to five points, 25-20, with 5:05 remaining.

Senior Salem Richardson countered with the game’s next five points and added an assist on junior Jasmine Rayner’s field goal which pushed the lead back into double-digits, 32-22, with 2:45 remaining. Junior Dalila Thomas added a field goal and sophomore Kaitlyn Hill closed the half with consecutive field goals to push the lead to 15 points.

Hanley made four three-point field goals in Austin Peay’s 21-6 scoring run to open the second half. That pushed the lead to 30 points, 60-30, with 8:50 left and the Lady Govs would not look back.

Hanley’s 28 points came on 10-of-13 field goal shooting, including an 8-of-8 effort from three-point range. Six of her three-pointers came in the second half. Hanley added six rebounds, two assists and four steals. 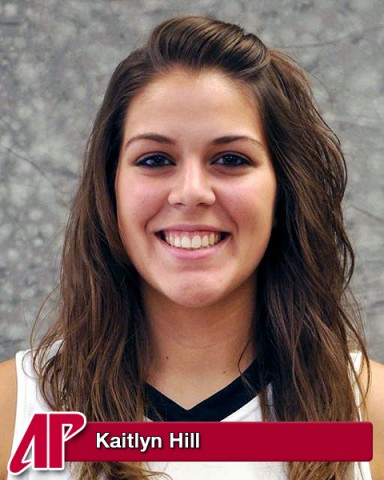 The effects of playing its third game in four days clearly showed for Cumberland, which made just 22.2 percent (12-of-54) of its field goals and 17.6 percent (3-of-17) from three-point range.

Kristi Landers came off the bench to lead Cumberland with 11 points. Jessica Pace, the Bulldogs leading scorer entering the game, did not make a field goal and was held to two points and five rebounds.

Austin Peay opens its regular-season slate with a 5:00pm (CST), Friday contest at Purdue in the opening round of the 2010 Preseason Women’s NIT.