Clarksville, TN – On November 11th, 2010, around 7:16pm, officers responded to a Robbery at a Buchanon Drive residence.  According to the victims, two men entered the house through an unlocked front door, displayed handguns, and ordered the victims to the floor.

They took over $2,000 worth of items from the residence and fled from the scene in a white van. The vehicle was located and stopped about 20 minutes later by Officer David Johnson on the parking lot of Two Rivers Mall. 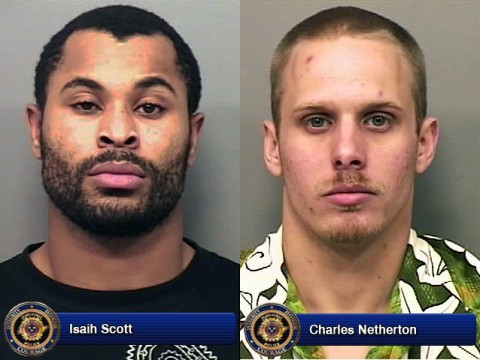