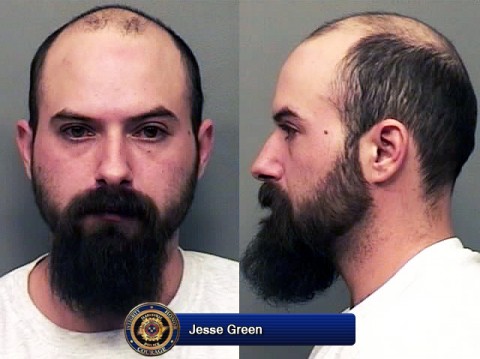 They looked through old Police reports and found possible acquaintances of the suspect. In the meantime, the bank robbery information had been aired over media channels and tips starting coming. The tips further solidified the suspect that the Detectives had developed. The suspect was identified as Jesse Joe Green.

Through further investigation, Green was tracked down and located at a hotel on Westfield Court. Green was transported to Police headquarters and interviewed by Detective Nick Newman. Detective Newman determined Green was the person who committed the robbery at Regions bank and that he had left the scene in a vehicle which was parked at a business next to the bank.

The photos released to the media right after the robbery.