At that time, in early 1991, the African American Cultural Center (AACC) was the answer to the frequently expressed wish among many on campus to have a special place for African-American students and faculty to focus on their contributions to the culture and heritage in the U.S.

That is still the case today, 20 years later. Although the center was operational in 1991, it did not bear its official name until November 1992, when it was named in honor of Daniel, the first black student to enroll at the former Austin Peay State College when the institution was still an all-white school. For the college, the end of segregation ended in 1956 when Daniel applied to the graduate school and was admitted. He received a Master of Arts in Education in 1957. 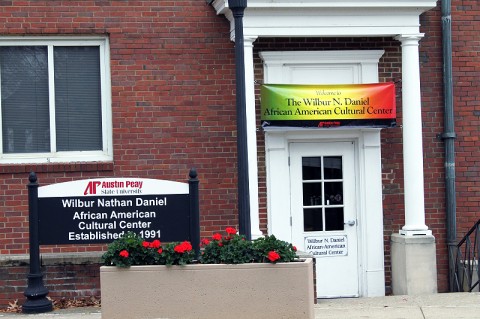 To commemorate the center’s anniversary, the AACC’s first director, Dr. A.J. Stovall, as well as the sons of Daniel, will return to campus in January to kick off the celebration.

The 20-year anniversary program for the AACC begins with a talk by Stovall at 6:00pm, Thursday, January 27th, 2011, in Clement Auditorium. A reception will take place after the event. Stovall’s presentation is free and open to the public.

The celebration continues with a performance by the Fisk Jubilee Singers at 7:30pm, Saturday, January 29th in the Music/Mass Communication Building Concert Hall. The concert is a collaboration between the AACC and the Clarksville Community Concert Association.

The public is invited to attend the performance. To purchase tickets, go to www.clarksvillemusic.org/ [1].

The Fisk Jubilee Singers are vocal artists and students at Fisk University in Nashville who sing and travel worldwide. Recognized nationally and around the globe, the Fisk Jubilee Singers, under the current direction of Paul T. Kwami, continue an enduring tradition begun in 1871. The group’s artistry and sincerity evoked a popular enthusiasm through the courts and concert halls around the world introducing the Negro Spiritual.

In 1999, the Fisk Jubilee Singers were featured in “Jubilee Singers: Sacrifice and Glory,” a PBS award-winning television documentary series, produced by WGBH/Boston.

In July 2007, the Fisk Jubilee Singers went on a sacred journey to Ghana at the invitation of the U.S. Embassy. It was a history-making event, as the ensemble traveled to Ghana for the first time and joined in the celebration of the nation’s Golden Jubilee, the 50th independence anniversary. 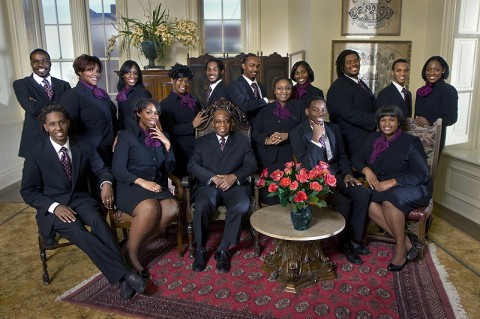 In 2008, the Fisk Jubilee Singers were selected as a recipient of the 2008 National Medal of Arts, the nation’s highest honor for artists and patrons of the arts. The award was presented by then President George W. Bush and first lady Laura Bush during a ceremony at the White House.

For more information about the Fisk Jubilee Singers, see www.fiskjubileesingers.org/ [2].

For more information about the 20th anniversary celebration of the Wilbur N. Daniel African American Cultural Center at APSU, contact Henderson Hill, director of the AACC, by telephone at 931-221-7120 or by e-mail at [3].