While Hudson improved her personal best in the 200-meter dash to 26.08, her greatest performance came in the triple jump. The Memphis native bested the school record – previously held by APSU Hall of Famer Ayesha Maycock – with a 12.45m (40-10.25) jump. 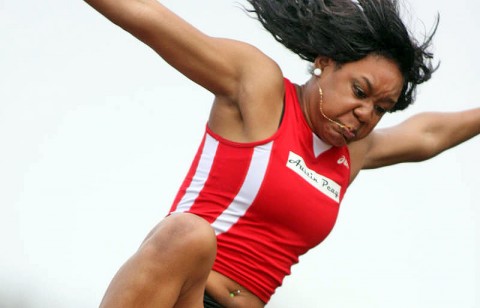 The winter break had no effect on Austin Peay and it was evident at TSU.

A team typically carried by the field events, Austin Peay recorded seven top-10 finishes on the track, including a pair notched by the relay teams.

“They worked hard over the break and it’s showing,” head coach Doug Molnar said. “They came back and ran times that were either similar or better than what they had done at the end of last semester. Their work is paying off and I can see it in their times and their effort. That’s a testimony to this team; that they want to be good.” 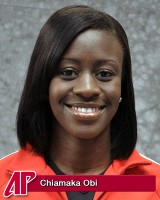 “Cenitra had a huge day,” Molnar said. “I knew her jump was going to be close. She’s put a lot of work in and I’m glad to see her effort pay off. A school record is always a big deal.

“She also led our group in the 200-meter dash with a personal best there as well. Obi was two-an-half seconds faster than where she was a year ago at this time.” 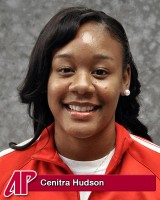 The 4×400 relay team finished fourth (4:01.98) which was just two-tenths of a second off its finish at the MT Christmas Invite.  The distance medley team, meanwhile, finished seventh.