Cookeville, TN – Currently assured of only the fifth seed in the upcoming Ohio Valley Conference Basketball Championship, Austin Peay women’s basketball team will look to remain in the race for a top-four finish when it meets league-leading Tennessee Tech in a 5:30pm, Saturday contest at the Eblen Center.

The Lady Govs ran their win streak to a season-best four games with a 56-53 victory at Jacksonville State, Thursday. Austin Peay nearly surrendered a double-digit lead for the second consecutive game, but survived a 16-turnover second-half for the win. The victory secured APSU a top-five finish in the regular-season race and they remained tied with Eastern Illinois for fourth place overall.

Tennessee Tech clinched a share of its league-record 16th regular-season title with its 76-62 victory against Tennessee State, Thursday. The Golden Eagles, who led by two points at halftime,  went to the free throw line 26 times in the second half and scored 21 of their 39 second-half points at the charity stripe. TTU can clinch the 2010-11 regular-season title outright with a victory in either of its two remaining games. 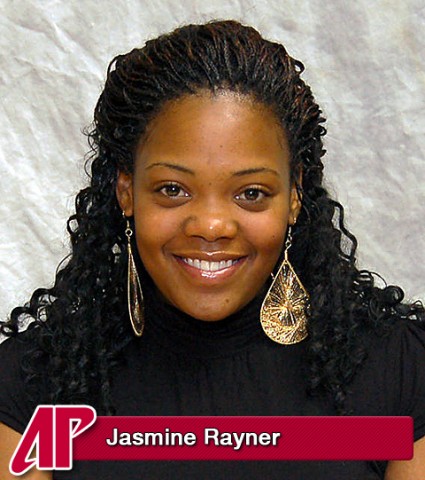 Tennessee Tech won the season’s first meeting between the teams, a 69-65 decision, Jan. 20, in Clarksville. The Golden Eagles used a 23-of-27 effort at the free-throw line in the victory, but had to hold off a late Lady Govs run that cut the lead to one point with 35 seconds remaining.

Rayner led Austin Peay with a 16-point, 13-rebound effort and was one of four starters to score more than 10 points. The Lady Govs bench was nearly nonexistent against the Golden Eagles, scoring just two points. Hayes led Tennessee Tech with 23 points, eight rebounds and five assists.

For the second consecutive game, Austin Peay led by more than 15 points in the contest only to see the lead cut to one possession in the game’s final minute. They recorded the victory both times. 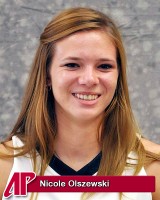 Austin Peay won for the first time this season when scoring less than 60 points.

Next Up: Eastern Illinois

Austin Peay returns to the Dunn Center for its final two regular-season contests, beginning with a 5:15pm, Thursday affair against Eastern Illinois. The Panthers won this season’s first meeting in Charleston and the two teams have split the last six meetings in the series. Austin Peay holds a 9-5 series lead at the Dunn Center, including last season’s 66-55 victory in Clarksville.

The Carrie Daniels Show will return with a 6:00pm, Wednesday, show live from Edwards Steakhouse on Franklin Street in Clarksville.