HomeCommentaryIs the State of Tennessee Having a Bad Day?
Commentary

Is the State of Tennessee Having a Bad Day? 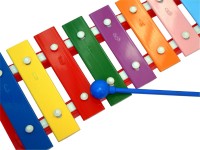 The kindergarten class had entered my classroom for music; the topic of the day was learning to read music by playing the xylophone. I have strict rules in my class as they all well know. One of the rules is that you don’t open the xylophone case and take out your mallet until I say it’s time to do that.

One little boy proceeded to open his case immediately. “You know that you are supposed to wait until I tell you to open that case,” I chided him.

He looked up at me and a waterfall of tears slipped from his eyes as he sobbed, “I’m just having a bad day!”

“Close it for now,” I said, trying not to show any emotion myself. “Things are going to get better in a minute because we’re going to make some beautiful music.”

He followed directions and in a very short time, he was playing “Hot Cross Buns” with the other children and having a great time.

Would that solving the problems of our society be confronted and resolved so easily!

The assault on working people in this country has reached a fever pitch with proposed laws to end collective bargaining being touted as “necessary to solve our economic problems.” It was not the fact that poor people had a chance at the bargaining table that sunk our country into near depression.

Greed, lack of using common sense in lending, and looking the other way by certain government agencies wrecked our economic situation.

I read a letter to a newspaper in which some uninformed soul griped that people who work for the government make more than people in the private sector. That just is not true for Tennessee workers.

The average teacher’s salary in Tennessee is eleventh from the BOTTOM in all 50 states, according to a recent survey posted on Comcast news. When I’m quoting “average,” I don’t mean “all teachers.” The average includes all teachers at the top including the few with a doctorate and those with 30 years or more. We have a teacher in our school who has taught for 38 years and has no intention of retiring yet because she is not even close to being 62! Many counties are offering bonuses to anyone near retirement age this year in order to get rid of anyone near the top of the salary grade.

Why do counties want to get rid of older teachers? First, they’ve been around long enough to remember what it was like when teachers were at the mercy of administrators who could walk in and give their job to someone else with no repercussions. Second, young teachers coming out of school are more easily manipulated because they are trying to attain tenure. Third, older teachers have seen many of the “new” wrinkles in education that are really recycled ideas that were tried and failed in years past. Fourth, many older teachers are older than their principals, some of whom feel intimidated by these people who rarely suffer fools gladly.

The big hurrah over “tenure” was created to falsely make people believe that tenure is a way for slackers to get by without doing their jobs. In truth, “tenure” does not guarantee anyone a job. What it does is force school systems to give the person due process in firing. It allows someone the right to appeal. Tenure is a safeguard to prevent firing someone for no good reason.

What the general public should understand is that any principal who is paying the least bit of attention to what is going on can see within the first year whether or not someone is going to be a good teacher or not.

Here’s how educators and other people who work for the public (state workers, firefighters, police officers) have come under the gun with politicians. Everyone has gone to school; therefore, everyone thinks they understand how to run a school and how to be a good teacher! Everyone sees police officers and firefighters on television; therefore, everyone thinks they know what is involved in being a firefighter or police officer! Every adult who wants to drive has to get a driver’s license; therefore, all these people think they understand what is involved in being a worker in that department!

What is not evident is how much paperwork, discussion with members of the public, pressures of rising state standards, and endless other behaviors that are required by each of these jobs. Just because you are a student at some time in your life, you don’t necessarily see how much of a teacher’s salary goes into providing supplies for your classroom nor how much time with her family the teacher gives up to make sure she is giving 105 per cent in the classroom nor how her retirement may end up making her live an impoverished life as a result of not making as much as many other workers while she gave her life in the classroom!

This bad day in American politics is not happening to just a few of us. It’s attempting to blame the poor for what the rich have caused.

Don’t just sit back and let it happen. Vote against other people who think this way. Call, e-mail and write the people who are supposed to be representing you and tell them how you feel.

“When bad men combine, the good must associate; else they will fall one by one, an unpitied sacrifice in a contemptible struggle,” from Thoughts on the Cause of Present Discontents (1770) by Edmund Burke. He is also widely quoted, mistakenly, with “All that is necessary for evil to triumph is for good men to do nothing.”

No matter who said it, the premise is still true. If you are reading this, you must include yourself as one of those on the side of good. The alternative is unacceptable.

Don’t let this saga in American history end in tears.