Don’t miss this  one night only concert on Friday, April 8th at 7:30 pm in the Concert Hall (Music/Mass Communication Building) at Austin Peay State University.  You can buy your tickets online [1], Adult admission is $25.00, Youths  18 and younger or non-APSU student with school ID are $12.00, and APSU students with valid ID are admitted for free.

John Pizzarelli is known internationally for his performances of classic jazz standards, late-night ballads in his jazz performances and recordings. Pizzarelli has established himself as one of the prime interpreters of the Great American Songbook and beyond, bringing to his work the cool jazz flavor of his brilliant guitar playing and singing. Friday’s program will pay tribute to the late, great Duke Ellington.

David Steinquest, Director of the Mid-South Jazz Festival is very excited about having Pizzarelli perform at the Jazz Festival, “Pizzarelli is an incredibly personable entertainer who will definitely engage the audience. Pizzarelli is somewhat of a traditionalist, but he plays from a new perspective. It is like old style with a new coat of paint.” Steinquest continued, “The Swing Seven is a small group with a big band feeling, will give this 50th Anniversary a big splash”

Gail Robinson-Oturu, president of the Clarksville Community Concert Association, is equally excited anticipating the concert as a celebrating “the vibrant musical culture that Austin Peay State University and the Clarksville Community Concert Association helps bring to our city”. She continued,  “John Pizzzarelli is an incredibley personal entertainer who captivates and engages his audiences”. 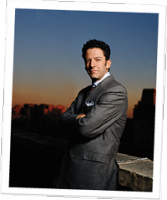 John Pizzarelli has established himself as one of the prime interpreters of the Great American Songbook and beyond, bringing to his work the cool jazz flavor of his brilliant guitar playing and singing.

For Pizzarelli, his hero and foundation was Nat “King” Cole and the comparison to his iconic trio is the highest of compliments. “I’ve always said in my concerts that Nat ‘King’ Cole is why I do what I do.” But Pizzarelli adds, “We aren’t trying to copy him. His sound was singular and inspired. I’ve always said we’re an extension, a 21st century version of what that group was.” In fact, Pizzarelli devoted his RCA albums “Dear Mr. Cole” and “P.S. Mr. Cole” to music made famous by the beloved song stylist.

In addition to being a bandleader and solo performer, John has been a special guest on recordings for major pop names such as James Taylor, Natalie Cole, Kristin Chenoweth, Tom Wopat, Rickie Lee Jones and Dave Von Ronk, as well as leading jazz artists like Rosemary Clooney, Ruby Braff, Johnny Frigo, Buddy DeFranco, Harry Allen and, of course, Bucky Pizzarelli. He was featured opposite Donna Summer, Jon Secada and Roberta Flack on the Grammy Award winning CD, “Songs From The Neighborhood: The Music of Mr. Rogers” in 2005.

A veteran radio personality, Pizzarelli hosted “New York Tonight” on WNEW from 1984 to 1988. John has also successfully launched “Radio Deluxe with John Pizzarelli,” his nationally syndicated radio program, co-hosted with his wife, Broadway star Jessica Molaskey. Bringing warmth, humor and that long-lost “live” feel back to radio, the show takes place in their “deluxe living room high atop Lexington Avenue” and the conversations are relaxed, candid, and off-the-cuff as is the music. He has interviewed a wide range of guests from Liza Minnelli, Mitch Albom and Regis Philbin to Kurt Elling, Annie Ross and Keely Smith. The show is available globally as a podcast at www.johnpizzarelli.com [2] and via iTunes.

John has performed on the country’s most popular national television shows such as “The Tonight Show with Jay Leno,” “The Late Show with David Letterman,” “Live With Regis & Kelly,” and “The CBS Early Show”. In 1997, he made his Broadway debut in the musical “Dream”, a revue of Johnny Mercer songs.

Pizzarelli performs annual engagements at the Café Carlyle with Jessica Molaskey and at Birdland with his jazz combo. He continues to tour throughout the United States, Europe, South America and Japan, performing classic pop, jazz and swing, while setting the standard for stylish modern jazz.

On “Rockin’ In Rhythm: A Tribute to Duke Ellington”, singer/guitarist John Pizzarelli, a master in the art of reinventing jazz classics, celebrates the music of Duke Ellington, undeniably one of the most prominent musical icons of the 20th century. Like Ellington, Pizzarelli crafts his performances to spotlight the talents of his band members. In addition to a solo track, four songs showcase his quartet with pianist Larry Fuller, bassist/brother Martin Pizzarelli and drummer Tony Tedesco, and seven tracks include the Swing Seven horns, with arrangements by Don Sebesky.

Pizzarelli and the Swing Seven open the set with the Ellington classic “In A Mellow Tone,” followed by an inspired medley of “East St. Louis Toodle-Oo” and “Don’t Get Around Much Anymore.” An elegant version of “Satin Doll” includes a guitar solo by Pizzarelli’s father, Bucky. “On one of Dad’s first LPs there was a version of ‘Satin Doll’ I always loved,” Pizzarelli says. “He always plays the song like it’s the first time for him, and I’m so glad he played the solo here.” “C Jam Blues” features violinist Aaron Weinstein and saxophonist Harry Allen. “I couldn’t make a record of ‘C Jam’ and not include these two fine soloists,” says Pizzarelli. “They are both cut from the same cloth and eager to make music always.” Pizzarelli’s solo performance on “Just Squeeze Me” is a tip of the hat to Bucky, George Van Eps (the father of the seven string guitar) and guitar legend Joe Pass. Pizzarelli has always been a fan of Gerald Wilson’s arrangement of “Perdido,” and on this latest reading he shares the spotlight with his wife, the acclaimed Broadway star and recording artist Jessica Molaskey, and vocalist Kurt Elling. Our mutual love for Lambert, Hendricks and Ross inspired me to get Jessica to write a lyric to that ‘Perdido’ recording from Ellington’s “Piano in the Background” album. Pizzarelli recalled Tony Bennett’s moving performance of Ellington’s “Love Scene” at a 1986 Radio City Music Hall concert, and decided to record his own interpretation. “If you see Tony live, he always mentions Duke, much like my father does,” says Pizzarelli. “This tune is a rare one that I’m glad I remembered to include.”

“Rockin’ In Rhythm” is the follow up to Pizzarelli’s critically-acclaimed 2008 release, “With A Song In My Heart – John Pizzarelli Sings the Music of Richard Rodgers”, which featured Sebesky’s GRAMMY® nominated arrangement of “Johnny One Note.”