Tulsa, OK – Bob Brooks, who served as Austin Peay State University’s athletic director from 1984-88, died in his sleep Tuesday in his Tulsa home. He was 79.

Brooks worked more than 30 years in intercollegiate athletics. He came to Austin Peay from Oral Roberts, where he served as Athletics Director from 1976-83. He hired Lake Kelly as that university’s basketball coach in 1977. 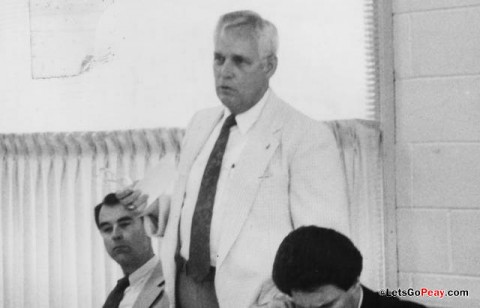 Brooks was APSU’s Athletics Director when Kelly was brought back to APSU as head coach in 1986.

He returned to Oral Roberts as Associate Athletics Director in 1991 and remained in that position until 1993. He also served as sports information director at both Middle Tennessee and Oral Roberts. He was inducted into the ORU Athletics Hall of Fame in 2009.

He is survived by his wife of 56 years, Mary; two sons, two daughters and four grandchildren.