The FDA issued an anti-smuggling strategy developed by the Department of Health and Human Services (HHS) in coordination with the Department of Homeland Security (DHS) that will help to identify and prevent smuggled foods from entering the United States and posing a threat to national security and consumer safety. 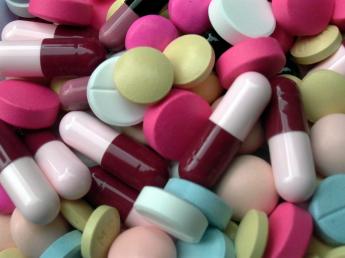 FDA now requires dietary supplement manufacturers to notify them in advance when a new dietary ingredient is added to their products.

“The Food Safety Modernization Act requires the agency to build a new food safety system,” said Deputy Commissioner for Foods Michael R. Taylor. “This new system, overall, will better leverage the resources of federal agencies and it will make industry an important partner in safeguarding the health of U.S. consumers.”

FDA will work with U.S. Customs and Border Protection (CBP) in DHS to review historical data and better identify products, firms, and countries of origin to establish food smuggling targeting criteria. The FDA and CBP also will share information on import shipments and conduct joint examinations, when appropriate, to identify shipments that may contain smuggled food. When possible, the agencies will work together to publicize food smuggling enforcement actions to deter others from attempting similar acts.

“Safeguarding the American public from unsafe or potentially harmful imported goods is a priority for U.S. Customs and Border Protection,” said CBP Commissioner Alan D. Bersin. “CBP and FDA are working closer than ever to identify and prevent smuggled foods from entering the country, as well as streamline the flow of legitimate products.”

The FDA also issued draft guidance clarifying agency expectations on new dietary ingredients for industry which is an important preventive control to ensure that consumers are not exposed to unnecessary public health risks from new ingredients with unknown safety profiles.

FSMA requires FDA to undertake many actions in strict time frames, in order to build a new food safety system based on prevention. FSMA required the FDA to complete both tasks on or before July 3rd, 2011, or within 180 days of the signing of FSMA into law.

FDA has created a special website to inform the public about the various aspects of FSMA implementation.  Among other developments related to FSMA implementation, the FDA also announced that the agency’s authority to suspend the registration of food facilities to prevent the import and export into the United States, or other intrastate or interstate distribution of food became effective on July 3, 2011.

The FDA expects individuals responsible for registered food facilities to take steps to produce safe products. If those efforts fail, the facility should file a food report with FDA, voluntarily recall affected products, and take action to keep products from reaching consumers.

FDA may suspend the registration of a facility in certain circumstances involving food that has a reasonable probability of causing serious adverse health consequences or death to humans or animals.

Additionally, the rule, issued in May, has gone into effect that allows the FDA to administratively detain food products that it has reason to believe are adulterated or misbranded for up to 30 days, if needed, to ensure they are kept out of the marketplace. Under this rule, these products will not be sold or distributed while the agency determines whether an enforcement action such as seizure or federal injunction against distribution of the product, is warranted.

About the U.S. Food and Drug Administration

The FDA, an agency within the U.S. Department of Health and Human Services, protects the public health by assuring the safety, effectiveness, and security of human and veterinary drugs, vaccines and other biological products for human use, and medical devices. The agency also is responsible for the safety and security of our nation’s food supply, cosmetics, dietary supplements, products that give off electronic radiation, and for regulating tobacco products.