Jobs for Tennesseans is Number One Priority 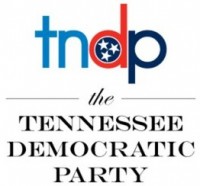 Fitzhugh’s announcement follows Wednesday’s announcement that House Republicans have formed a task force to study how more guns can be put in bars, schools, and workplaces.

“We have more than 300,000 Tennesseans who are looking for jobs and cannot find one.  Until these numbers improve, our lawmakers should be working tirelessly to attract jobs that come from both within and outside our state,” Fitzhugh said.

“Whether it’s helping our small businesses grow or attracting large employers to areas like the West Tennessee Megasite, we want to leave no stone unturned in our efforts to put our neighbors and citizens back to work.”

Fitzhugh has asked the task force to identify how best lawmakers can help put more Tennesseans back to work.  “I want the task force to talk with business leaders in our state, meet with the small businesses owners, and start discussions with our county and city leaders across Tennessee,” Fitzhugh said.

“Finding jobs is the number one priority on the minds of Tennesseans,” Fitzhugh added.  “As Democrats, we’re making jobs our top priority too.”