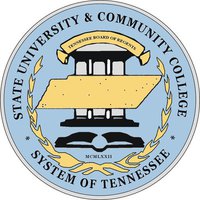 Nashville, TN – A young woman who lost her job, then found a career after attending the Tennessee Technology Center at Harriman, won a new car after being named the statewide TTC 2011 Outstanding Student of the Year.

Mary Elaine Wilson, a former Cosmetology student at TTC Harriman, was introduced at  the Tennessee Board of Regents quarterly board meeting last month. She earned the recognition at a state-wide competition in Chattanooga after sweeping local and regional competitions in the spring. Wilson calls her experience “living proof” that there is hope for those who need to start over in a new career.

Wilson described her story as one similar to thousands across the country who lost their jobs due to no fault of their own. Wilson graduated from the TTC Cosmetology program last fall and later passed her state board exams “with flying colors.” Not long thereafter, she opened her own salon, Bellissimo, in Crossville, Tennessee.

As the state representative for TTCs, Wilson will promote the advantages of technical education and speak at a variety of public events across the state. She received a 2011 Chevy Aveo (sponsored by the TTC directors) earlier this year as part of her recognition.

For more information about the variety of programs available at the TTC Harriman and the 26 other Tennessee Technology Centers located throughout the state, visit www.ttcharriman.edu .

About the Tennessee Board of Regents

The Tennessee Board of Regents is the nation’s sixth largest higher education system, governing 46 post-secondary educational institutions. The TBR system includes six universities, 13 two-year colleges and 27 technology centers (one center shares a campus with a community college), providing programs in 90 of Tennessee’s 95 counties to more than 200,000 students.