Yator’s 48th place finish – he completed the eight-kilometer course in a time of 25:58.92 – may not sound like an impressive finish but the Blue Race’s field was composed of 285 runners, placing Yator among the field’s top fifth. It is the third consecutive year an Austin Peay runner has posted a top-50 finish at the Louisville meet. 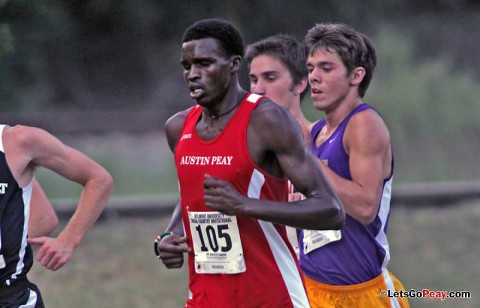 “The men had a nice one-two punch with Yator and Kosgei, who ran his best race of the year,” said head coach Doug Molnar. “Our next group – even though they ran decent times and season bests – really hurt us by getting out so slow. I hope we’ve learned something from this.”

This weekend’s meet was the first of three consecutive meets in the Bluegrass State for the Govs, they return to Kentucky in one week for the Kentucky State Thorobreds Stampede, October 8th, in Frankfort.