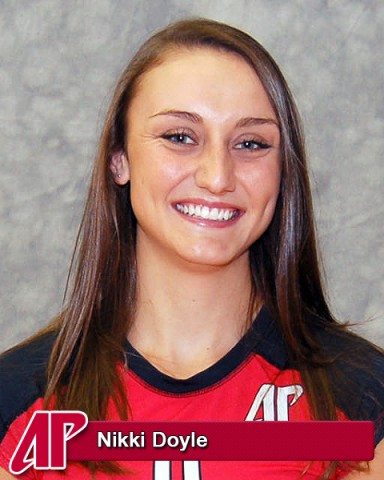 “Nikki came up big for us on the weekend,” said Lady Govs head coach Bill Egbert. “She’s been our go-to hitter all season and she’s performing at a high level, even though everyone in our league knows she’s that person. Her effort against Jacksonville State was particularly impressive because they had blockers there on a number of her attacks but she found a way to get the kill.” 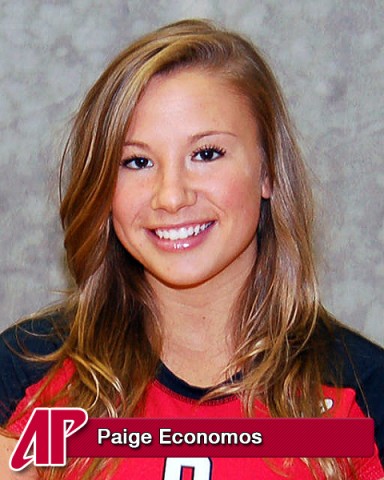 Economos, of Crystal Lake, IL, led Austin Peay’s defense with an impressive 83 digs (6.92 digs per set) during the week. Her 32-dig performance against Jacksonville State, Saturday, was one dig shy of her career-best effort. Economos started the week with 23 digs against Morehead State, Tuesday, and 28 digs against Tennessee Tech, Saturday. She also was charged with just three reception errors – one error in each match – and finished the week with a .946 reception percentage. It is the second time this season (October 10th) she has been named the league’s Defensive Player of the Week.

“Paige has been our rock on the back row all season,” Egbert said. “We can count on her to bring a positive attitude and a willingness to do what it takes to win. However, the past two or three weeks she’s found another level to her performance and our opponents are having a hard time finding points now.” 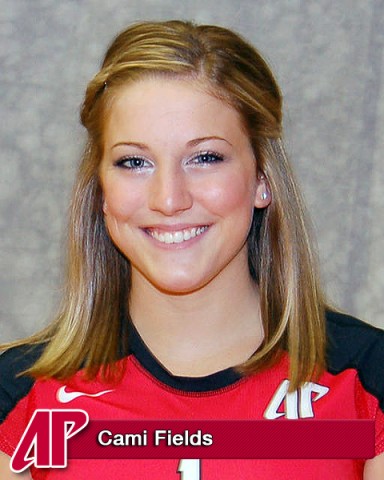 Fields, of Dallas, Texas, helped spark the Lady Govs offense to two of its best performances this season. She finished the week with 146 assists (12.17 assists per set), including a 53-assist effort against Jacksonville State, Saturday, that was one assist shy of her career-best effort. Austin Peay recorded a season-best .324 attack percentage against Jacksonville State and its 67 kills were the most in a four-set match this season. In addition, the Lady Govs recorded a .276 attack percentage against Tennessee Tech, Friday, which was its third-best performance this season.

“Cami’s numbers last week jump out at you,” said Egbert. “She quietly had an impressive week and it showed as our offense played at its highest level of the season. Cami still has those freshman moments, but they are becoming fewer and farther between.”

Austin Peay, which sits in seventh place and is one-game out of the OVC Tournament picture, begins a regular-season ending four-match road trip with a 7:00pm, Friday contest at Tennessee State.