Clarksville, TN – A Clarksville Police Department investigation which has been ongoing since July 2011, has resulted in two men being charged with 23 Counts of Burglary for thefts of catalytic converters. 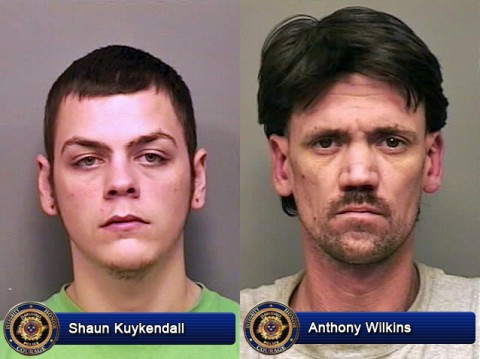 All the catalytic converters were cut off of the vehicles while parked in public access parking lots. The value of the stolen converters is well over $17,000. Also, the converters were sold/disposed of out of the boundaries of the City of Clarksville and Montgomery County.