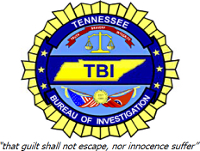 Nashville, TN – The Tennessee Bureau of Investigation today released the “Crime in Tennessee 2011” report which showed a 1.7% decrease in overall crimes reported in Tennessee in 2011 compared with 2010. This is third year in a row that reported offenses decreased when compared with the previous year.

The largest majority of crimes reported were committed against property at more than 58% which is a decrease of 2.5% from the previous year. Crimes against persons also decreased approximately 2%, however, crimes against society increased 3%. With an estimated population of more than 6.3 million people, Tennessee has seen crime drop a total of 4.6% since 2009.

TBI strongly discourages the use of crime data to compile rankings of individual jurisdictions due to the many underlying factors that cause crimes to occur such as population density, climate, cultural conditions and strength of law enforcement. It is also important to note that attitudes of citizens toward crime can affect the reporting practices of residents, and therefore, affect crimes coming to the attention of law enforcement.

To view “Crime in Tennessee 2011” in its entirety, go to the TBI website at www.tbi.tn.gov. Click on Tennessee Crime Statistics from the homepage for a link to the Statistical Analysis Center webpage. Up-to-date 2011 statistics can also be accessed at www.tncrimeonline.com.