The cause of the accident is under investigation.Presley, 37, a native of Willard, MO, joined the Army in September 2003.

He completed Basic Combat Training at Fort Jackson, SC, and Advanced Individual Training at Fort Gordon, GA. His first assignment was with 1st Battalion, 52nd Aviation Regiment in the Republic of Korea as an avionic system repairer.

From there he transitioned to Fort Campbell, KY, where he assessed with the 160th Special Operations Aviation Regiment (Airborne). He joined 160th SOAR (A) in 2005, where he served as an avionic system repairer section sergeant. His deployments include four tours in Afghanistan and two in Iraq. 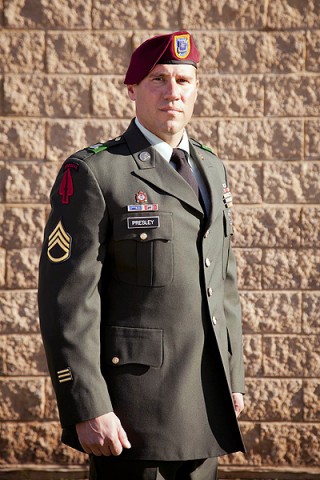 Prior to joining the Army, Presley served four years of active duty in the U.S. Navy with service aboard the USS John F. Kennedy in Mayport, FL.

He is survived by his son Tyler, daughters Madalynn and Karley, along with his parents Stan Presley and Bonnie Cutler.