The Final Horne: With NFL Draft looming thoughts turn to the possible demise of Pro Bowl

Clarksville, TN – I like many of you will be riveted by the NFL’s Annual Selection Meeting, commonly know as the NFL Draft, broadcasted live today by both ESPN and the NFL Network starting Thursday and ending Saturday.

It’s still so intriguing to me that one of the biggest sporting events of the year is one where the score isn’t kept and the actual outcome isn’t really truly known till three of four years down the road, but I gorge on it as much of it as I can. 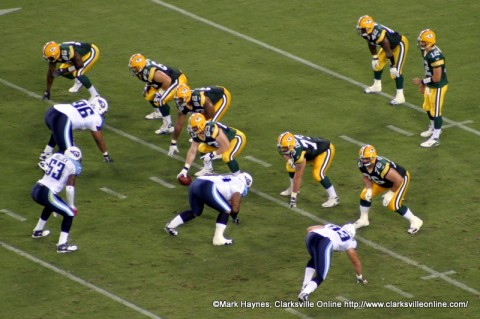 But it’s the news that the once all-mighty and important Pro Bowl maybe suspended indefinitely and never played again that tugged at my heart strings.

Let’s face it the once proud exhibition just ain’t what it used to be and really hasn’t been an interesting game in a long time.

Rightfully so, NFL Players started becoming a little more self-aware in the 1990’s about the realization that they could suffer a career-ending injury in a game that doesn’t mean a thing, isn’t worth hill of beans and doesn’t count.

And let’s be honest as fans, we’d be pretty upset if Aaron Rodgers, Adrian Peterson, Troy Polamalu, Drew Brees, Ray Lewis, Tom Brady, and the list could go on and on, got hurt and could never play again because he got hurt in the Pro Bowl. I’d lose my mind if it happened to a Josh Freeman or Ronde Barber!

But here’s the problem, the players and fans alike know there’s honor in being selected to and then playing in the the game, because of the process where the fans and said players vote for the AFC and NFC teams. And while I’m sure the fan vote is cherished by the players, there’s probably no bigger joy than being selected by your peers as one of the best in the NFL. I’ve won three state press association awards during my time as a newspaper sports writer and let’s just say it was flattering.

There’s nothing like getting the chance to compete against the best and that’s what the NFL Pro Bowl is supposed to provide.

It just doesn’t and I’m OK with it. And really none of the professional All-Star Games — the NBA, NHL and Major League Baseball — will ever be as good as a regular season, playoff of championship game, because again — and I know the MLB’s decides the homefield advantage in the World Series, still a bad idea — they’re exhibitions and don’t count. Seriously, how many of us are riveted by by preseason exhibition games.

I used to believe in Santa Claus, the Easter Bunny and monsters under my bed, although the latter hasn’t quite been completely confirmed, and the fact they should play the Pro Bowl. But if the game is never played again, even though it gets great ratings, it won’t be missed but no one likes watching bad football.