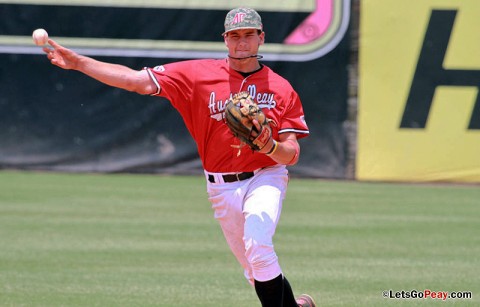 Harper, of Clarksville (Clarksville High School), becomes the 26th Austin Peay student-athlete to be recognized as an Academic All-American by CoSIDA and the first since 2010. In addition, he is the fifth Governors baseball team member to be recognized, joining Gene Baker (1981), John Greenway (1982), Ken Hatfield (1990), Brian Link (1993) and Kevin Smith (1993 and 1994).

A chemistry major and finished the spring semester with a 3.48 cumulative grade-point average. He has been named to the APSU athletic director’s honor roll each of his six semesters and been named to the Ohio Valley Conference’s Commissioner’s Honor Roll (3.25 GPA for the academic year) in both 2009-10 and 2010-11. 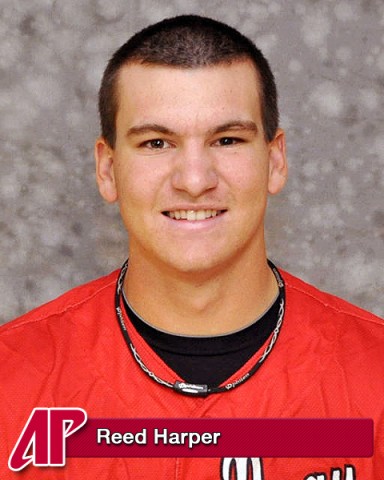 On the field, Harper has started every game of his collegiate career – a streak of 171 consecutive starts. In addition, he enters the NCAA Baseball  Championship’s Eugene Regional with a .331 batting average – third among the Govs starters. In his last outing – against Eastern Illinois in the OVC Championship game – he became the 14th Govs hitter to reach the 200-hit plateau joining Chuck Abbott as the only players to reach the milestone in three seasons.

Harper has 21 extra-base hits this season, including 16 doubles, and has posted 36 RBI. He also was named one of 50 finalists for the Brooks Wallace Shortstop of the Year Award Watch List this season.

For two cosnecutive seasons, Harper has been recognized with Academic All-District honors, including this season’s District 3 honor. He was named to the District 4 team last season as a sophomore.

To be eligible for nomination in the Capital One Academic All-America program, a student-athlete must have reached sophomore academic standing and have at least a 3.30 cumulative grade-point average. District 3 selections come from schools located within the states of North Carolina, Tennessee and Virginia.