The Bee Gees’ hit “Stayin’ Alive” – which is the near-perfect rate for doing chest compressions during CPR – is a centerpiece of the American Heart Association’s new Hands-Only CPR awareness campaign that will ask Americans to take 60 seconds to learn the life-saving skill online, or hands-on at local training events. The campaign and brand-new PSA launch today to mark CPR Week.

Coolidge, whose work includes numerous films such as Best in Show, American Pie and Legally Blonde, stars in the American Heart Association’s humorous new public service announcement video to teach everyone the two easy steps of Hands-Only CPR. Its message? If a teen or adult suddenly collapses, call 9-1-1 and then push hard and fast in the center of the chest to the beat of “Stayin’ Alive” until help arrives.

“It seems almost impossible to me that the whole world doesn’t know CPR. I learned Hands-Only CPR while shooting the American Heart Association’s new PSA, and now I know how to save a life,” said Coolidge. “Who would’ve thought? I can save a life!”

Coolidge will be on hand in New York City today to kick off the campaign, which will include open public trainings around the city and the debut of a new state-of-the-art interactive CPR mobile unit which will visit at least 24 cities over the next three years.

Want to learn to save a life in just a few minutes? The “how to” video can be viewed here: www.heart.org/HandsOnlyCPR. [1]

Nearly 400,000 Americans suffer out-of-hospital cardiac arrest every year, and almost 90 percent of them die because they don’t receive immediate CPR from someone on the scene. When begun immediately, CPR can double or triple a person’s chance of survival.

Supported by a $4.5 million grant from the WellPoint Foundation, the new campaign will contribute to the American Heart Association’s goal to double survival from cardiac arrest by 2020. “Our mission is to enhance the health and well-being of individuals and families, so it’s a natural fit that we would support the American Heart Association’s Hands-Only CPR campaign,” said Dr. Sam Nussbaum, Executive Vice President, Clinical Health Policy and Chief Medical Officer for WellPoint.  “Too many people die unnecessarily each year from sudden cardiac arrest, and we are committed to helping improve this public health crisis.”

For local in-person CPR classes, visit www.heart.org [2] to find one near you.

Hands-Only CPR “How To” Video

Behind the scenes trailer  with Jennifer Coolidge interview clips

About the American Heart Association

The American Heart Association is devoted to saving people from heart disease and stroke – America’s No. 1 and No. 4 killers. We team with millions of volunteers to fund innovative research, fight for stronger public health policies, and provide lifesaving tools and information to prevent and treat these diseases.

The Dallas-based association is the nation’s oldest and largest voluntary organization dedicated to fighting heart disease and stroke. As part of our dedication to save lives, we are setting out to train all Americans in lifesaving Hands-Only CPR. To learn more or to get involved, call 1-800-AHA-USA1 , visit www.heart.org [2]   or call any of our offices around the country. 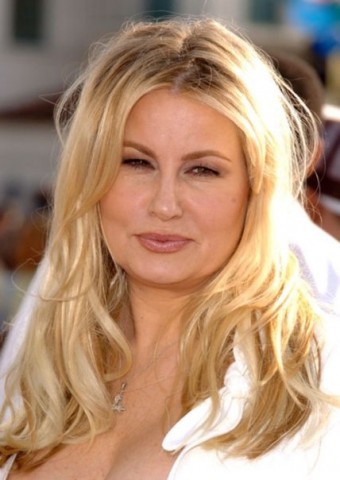 Jennifer Coolidge is a versatile character actress and experimental comedienne, best known for playing “Stifler’s mom,” in the film American Pie (1999); Hilary Duff’s stepmother in A Cinderella Story (2004); Paulette, the manicurist in Legally Blonde (2001) and its sequel; the voice of Aunt Fanny in the animated feature Robots (2005); for her role in The Secret Life of the American Teenager as Betty; and for her regular role in the NBC sitcom Joey as Joey’s agent, Bobbie Morganstern.

She is also a regular actor in Christopher Guest’s mockumentary films, including Best in Show (2000). Coolidge is an alumna of The Groundlings, an improv and sketch comedy troupe based in Los Angeles, CA.

Currently she has a supporting role in 2 Broke Girls as Sophie.