Fort Campbell, KY – “The 101st Airborne Division […] has no history, but it has a rendezvous with destiny,” Maj. Gen. William C. Lee told troops during an address August 19th, 1942. Since that historic day at Camp Claiborne, LA, the Screaming Eagles have had many a rendezvous with destiny, and this year the storied division and the Fort Campbell community will mark the 70th anniversary of the unit’s inception during the 2012 Week of the Eagles: A history of valor.

“Week of the Eagles is a time for 101st soldiers of the past and present to come together and reflect on the great legacy of the 101st Airborne Division,” said Maj. Gen. James C. McConville, commanding general of the 101st Airborne Division (Air Assault). “This year is particularly significant because it coincides with the 70th anniversary of the division. We invite all soldiers, families and friends to participate and experience Week of the Eagles 2012.” 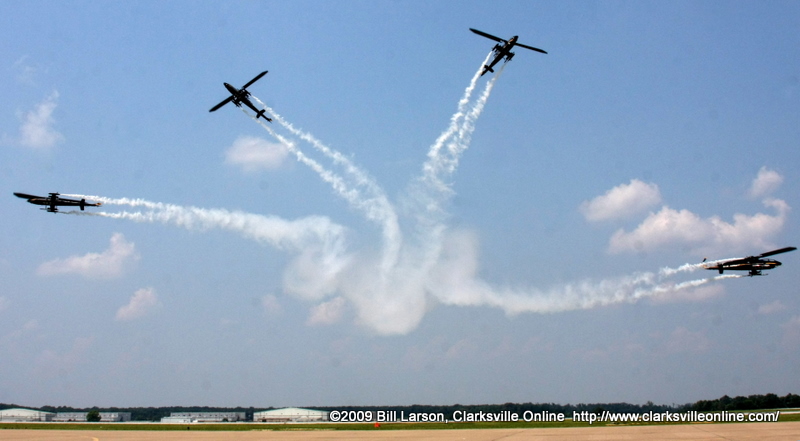 Week of the Eagles 2012 is scheduled for August 10th-17th, and the lineup of events is filled with something for everyone to enjoy from Army combatives competitions to air shows featuring an air assault demonstration, and a concert by popular music performing artist Kelly Clarkson, courtesy of the Fort Campbell Directorate of Family, Morale, Welfare and Recreation.

This year’s theme for Week of the Eagles is “a history of valor,” and together the 101st Airborne Division and Fort Campbell community will highlight and honor the soldiers who have served before them as well as alongside them.

“It is a privilege to serve in the 101st Airborne Division,” McConville said of the storied U.S. Army unit.  “We have been left a proud legacy by those who have served before us.”

Gold Star Families and community members who have lost loved ones or friends are encouraged to participate in the Run for the Fallen and attend unit specific memorial ceremonies. Other events during the 2012 Week of the Eagles include a division wide run, a community health fair, 10K and 5K fun runs, a car and motorcycle show, the Legacy Golf Tournament, a marksmanship competition, unit open houses and a commanders vs. command sergeants major softball game.

The week will close with a division review, where families and community members can look on as Veterans and Soldiers of the legendary 101st Airborne Division (Air Assault) will line up in formation and be reviewed by a distinguished Screaming Eagle Veteran.

Mark your calendars for August 10th-17th, save Fort Campbell, KY. in the family GPS and be sure to catch the 2012 Week of the Eagles for your summer ‘Rendezvous with Destiny.’