Clarksville, TN – After the media released the photographs of the woman that bilked an 81 year old man out of $400.00, there was a steady stream of calls to the Clarksville Police Department identifying the woman as Stephanie Robinson. Detective Justin Bailey contacted Robinson and asked her to come in for an interview, which she agreed to. 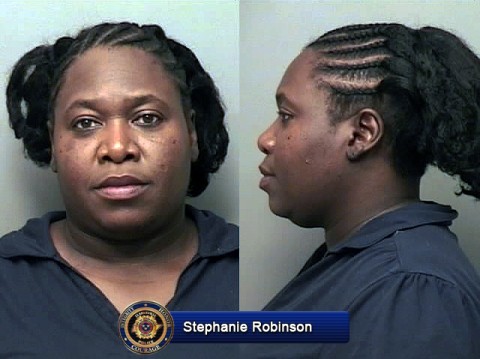 Robinson did NOT represent herself as law enforcement, but did convey that she was a representative of the Police Department.

On June 20th, 2012, around 4:00pm, Stephanie Michelle Robinson was booked into the Montgomery County Jail and charged with Theft of Property and Criminal Inpersonation.

For more on the story, see: Clarksville Police need the public’s assistance identifying woman that bilked an 81 year old man out of $400