Clarksville, TN – On June 23rd, 2012, a 21 year old man, allowed Levi West and a female friend to stay at his Eva Drive residence. But, the homeowner decided that West and the woman needed to leave so he kicked them out. 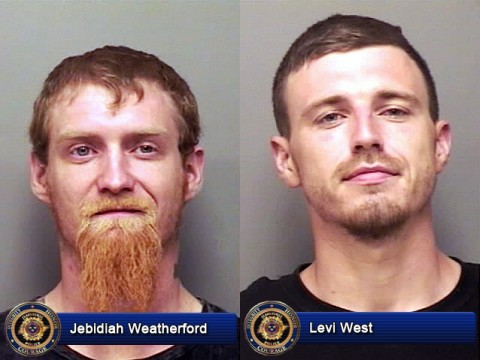 The victim recognized the two men as acquaintances, one of them being the man who slept at his house the night before. As the men fled from the house, the victim saw them get into a vehicle and called Clarksville Police.

Officer Mohammed Dennis spotted the vehicle in a drive through at a Riverside Drive business and detained the driver. Also, the TV and XBox controller were still inside of the car. The victim identified the man driving the vehicle, Jebidiah Weatherford as one of the men that assaulted him. The other man was identified as his brother Levi West.