Nashville, TN – Tennessee Governor Bill Haslam and State Education Commissioner Kevin Huffman today announced that statewide student performance on the 2012 Tennessee Comprehensive Assessment Program (TCAP) improved for the second year in a row, as the state continues to push toward academic achievement through its First to the Top education reforms. 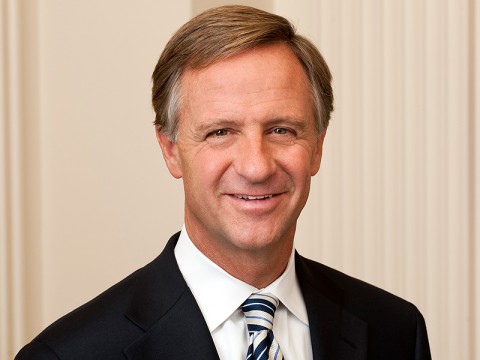 “The continued success of students is a testament to how much work Tennessee teachers have done in the classroom,” Haslam said during the event at West End Middle School in Nashville. “We’re so proud of our students, teachers and parents for supporting statewide efforts to improve education, and it is exciting to see gains for a second year in a row.”

TCAP results show that after two years of steady increases, half of students in grades three through eight were reading at grade level or above during the 2011-12 school year.

In high school, more than half of students scored proficient or advanced in English I, English II, Algebra I, biology and history for the first time since Tennessee raised its standards three years ago.

“The growth we’ve seen on statewide assessments over the past two years is an impressive start, and shows that we are on the right track,” Huffman said. “But we still have considerable work to do to improve student outcomes and narrow the educational gaps that exist in our schools.  For now, we celebrate this success, as it gives us the encouragement we need to press forward with the hard work ahead.”

To improve the quality of education in Tennessee, TCAP Achievement tests and End of Course exams became aligned with more strategic and rigorous standards in 2009, a result of the Tennessee Diploma Project.  In the face of higher standards, students have demonstrated growth on the assessments each year as Tennessee strives to become the fastest-improving state educational system in the nation.

The governor and commissioner were joined for the announcement by House Speaker Beth Harwell (R-Nashville) and Senate Education Committee Chairman Dolores Gresham (R-Somerville).