Huntsville, AL – When NASA conducts its first test launch of the Orion spacecraft in 2014, the crew module’s designers will record invaluable data about its performance — from launch and flight, to re-entry and landing.

Orion will carry astronauts farther into space than ever before, sustaining the crew during space travel and providing emergency abort capability and safe re-entry from deep space. Orion will launch atop the Space Launch System (SLS), NASA’s next flagship rocket currently under design. The SLS will power the Orion spacecraft on deep space missions to asteroids, the moon, Mars and other destinations in our solar system. The first flight test of the full-scale SLS is planned for 2017.

In 2014, NASA will fly the Orion module on Exploration Flight Test 1 (EFT-1). Perched on top of a Delta IV rocket operated by United Launch Alliance at NASA’s Kennedy Space Center, FL, the Orion capsule will travel 3,000 miles into space – 15 times farther away from Earth than the International Space Station.

Because the Delta rocket was not originally designed and built to launch Orion, engineers at NASA’s Marshall Space Flight Center in Huntsville, AL, are building innovative adapter hardware to connect the two. This same hardware design eventually will be used on the flexible configurations of SLS flights. 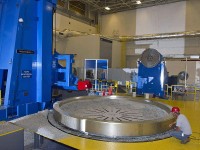 “While this is an SLS design, we have the unique opportunity to design the hardware early and provide it for Exploration Flight Test 1, saving time and money,” said David Beaman, spacecraft and payload integration manager for NASA’s SLS Program. “By designing the adapter for both missions, we provide an affordable solution to keep our human exploration mission moving forward. EFT-1 becomes a test flight for the crew spacecraft and our adapter elements. Our designers and machinists are hard at work, fabricating the large aluminum rings needed to support the test flight, and we will deliver this hardware ahead of schedule.”

EFT-1 also will benefit the SLS program by flight-testing two elements similar to the top portion of the initial SLS vehicle: Orion itself and the EFT-1 cryogenic propulsion stage, or kick stage. The kick stage will be similar to the SLS Interim Cryogenic Propulsion Stage used for the initial rocket missions slated for 2017 and 2021.

“When you fly a vehicle for the first time you want to know as much as possible and the EFT-1 mission will allow our SLS team to learn about the structural, mechanical and electrical interfaces — the internal environment between Orion and the launch vehicle,” said Garry Lyles, chief engineer for the Space Launch System at Marshall. “Our team will capture flight data that will be useful to calibrate guidance, navigation and control algorithms and structural loads for SLS; separation dynamics between Orion and the launch vehicle; and overall vehicle stability — all vital data to reduce risk and increase reliability and sustainability for America’s next launch vehicle.” 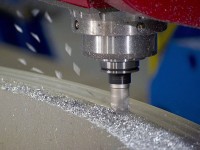 For more information about the Space Launch System, visit: www.nasa.gov/sls

For more information about the Orion spacecraft and EFT-1, visit: www.nasa.gov/orion