HomeCommentaryIndependence Day, a Holiday made for the Stars and Stripes
Commentary

Independence Day, a Holiday made for the Stars and Stripes

Clarksville, TN – There are a lot of great stories about Independence Day. But one of my favorites involves a high school student from Lancaster, Ohio and the interesting agreement he made with his teacher.

Back in 1958, as Hawaii was coming into the Union, more than 1,000 people sent President Eisenhower their ideas for both a 49 and a 50-starred U.S. flag. A number of those designs came from high-school teacher Stanley Pratt’s students. 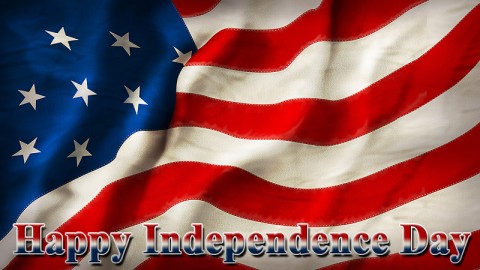 As a project for class, Pratt asked his students to create ideas for the new flag and submit them to Washington. One of his students, Bob Heft, participated in the assignment and received a B- on his class work.

Heft was less than thrilled about the grade and later asked his teacher about it, who jokingly told Heft that if Congress chose his design, he would receive a higher grade.

Well, one Presidential proclamation later, Heft’s 50-starred design became the very one we use on U.S. flags today. The nation got a newly designed flag. And Bob Heft got an A.

I hope you’re able to make some great stories of your own during our nation’s star-spangled holiday. Have a safe and happy Independence Day.