Clarksville-Montgomery County Housing Market one of the Nation’s Best

The National Association of Home Builders recently released an index of housing markets that are on the rise.

Washington, D.C. – The National Association of Home Builders (NAHB) recently unveiled an index that tracks housing markets on the mend, the NAHB/First American Improving Markets Index (IMI) [1].  The IMI is intended to draw attention to the fact that housing markets are local and that there are metropolitan areas where economic recovery is underway. 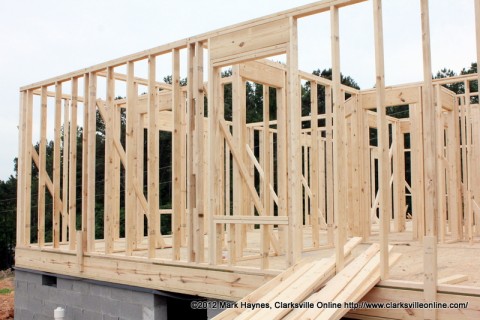 For the tenth release 84 markets are currently classified as improving [2] under a conservative examination of local economic and housing market conditions.  Among these areas is the Clarksville, Tennessee-Kentucky metropolitan statistical area (MSA).

The health of the Clarksville housing market is in large part due to growth at Fort Campbell, its proximity to Nashville, and of late, the opportunities afforded by the growth of new industries such as the joint venture of Hemlock Semiconductor and Dow Corning to produce polysilicon for solar panels as well as the expansion of existing industries including Bridgestone-Metalpha.

In addition, Clarksville is also rapidly becoming regional healthcare center with the reopening of the Gateway Medical Center in an entirely new and larger facility.  Lastly, the presence of fast growing Austin Peay State University and the synergies between it and the areas large employers has helped boost local employment considerably.

According to home builder John Crabbe, President of Crabbe Construction located in Clarksville, TN, “We never experienced a run-up in house prices like other communities did and as a result we are not suffering much of a price decline.  A key reason for this is Veterans Affairs (VA) appraisers are very conservative. And since 56% of homes are sold to the military, those appraisers dictate house prices.  As a result, we have restructured our firm in an effort to keep costs down in the face of rising input prices.  Something else that has been helping is the steady stream of retirees who move here attracted by affordable housing, the Base and the VA hospital in Nashville.”

Crabbe went on to say that “Because of all this, the city population has grown and it has created a virtuous cycle where more retail establishments come because the population is growing, and more people move here because of all the new amenities.”

Just to the north of Clarksville, in Hopkinsville, KY, Brent Gilkey the 2012 President of the Home Builders Association of Hopkinsville says that “The the local economy is doing well for a variety of reasons.  First the food industry has held up very well despite the economic downturn, (unlike the auto industry) and Fort Campbell has been a profoundly positive influence.  In addition, our industrial parks are expanding and Commonwealth Agri-Energy, which converts corn to ethanol, has been a boon to the community. Lastly, we have witnessed a steady increase in the number of retires who move here for the many recreational opportunities and low cost of living.”

According to Todd Harvey, Vice President of Byers & Harvey, Inc located in Clarksville, TN, “Growth at Fort Campbell has been critical to the local economy.  Since 1990 the number of troops stationed there has grown from 19,000 to 35,000.  And, if you add in families it exceeded 50,000 people.  On top of that a new 500 person call center will soon be opening, the Sanderson Pipe Corporation is expanding here and Trane Company and Jostens Printing & Publishing are both doing well, all of which makes the city more prosperous and more desirable than ever before.”

Whatever the causes, house prices have held up well over the past few years.  Prices are up 2.0% since the trough in February 2011 and are off less than 4% from their all-time high set in October 2008.

Improving economic conditions have resulted in payroll employment setting a new high of 86,400, bettering the previous high of 85,700 set in August 2007 and up by 6.5% since the trough in March 2009.  Single family permitting activity is up 1.5% on a seasonally adjusted monthly average basis from the trough set in May 2008.  While new homes are being built in many parts of the Clarksville MSA, activity has been primarily centered north of the City of Clarksville near Fort Campbell and east of town going towards Nashville, TN.

[2] For the tenth release 84 markets are currently classified as improving: http://www.nahb.org/news_details.aspx?sectionID=2223&newsID=15387