Clarksville’s Gateway Medical Center got a safety score of 31 out of 100. The lowest score of the 37 Tennessee Hospitals rated. Gateway got poor ratings for avoiding bloodstream infections, avoiding readmission’s and communication about drug information. Gateway had a morality rate that was worse than the national average. 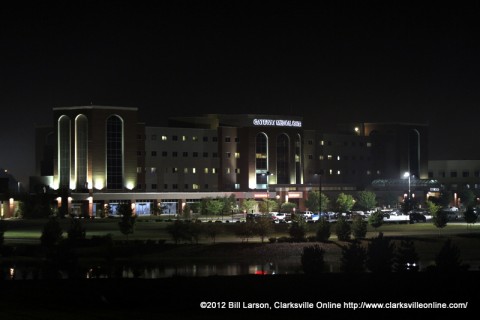 The safety score gives consumers a way to compare hospitals on patient safety. The six categories that comprise the safety score are:  infections, readmissions, overuse of scanning, communication about new medications and discharge, complications, and mortality.  Infections, surgical mistakes, and other medical harm contribute to the deaths of 180,000 hospital patients a year, according to projections based on a 2010 report by the Department of Health and Human Services.  And that figure only applies to Medicare patients.

More than half (51 percent) of the hospitals rated by Consumer Reports received a score below 50 (on a scale of 1-100). “The safety scores provide a window into our nation’s hospitals, exposing worrisome risks that are mostly preventable,” said John Santa, M.D., M.P.H., director of the Consumer Reports Health Ratings Center.  “A consumer who enters a hospital thinking it’s a place to get better deserves to know if that is indeed the case.”

The CR safety score does not look comprehensively at all medical errors.  As noted above, the Consumer Reports Hospital Ratings are derived from several government and independent sources.

Consumer Reports used the most current data available at the time of its analysis, supplementing its Ratings by interviewing patients, physicians, hospital administrators and safety experts. The Ratings include only 18 percent of U.S. hospitals because data on patient safety still isn’t reported fully and consistently nationwide.

For example, only some states (far from all) require that hospitals report data for surgical-site infections, central-line infections, or both. And some hospitals voluntarily report central-line infection data to the Leapfrog Group.   As a result, Consumer Reports cannot provide a safety score on every hospital.  “The fact that consumers can’t get a full picture of most hospitals in the U.S. underscores the need for more public reporting,” said Dr. Santa.

The report outlines steps the government should take to fix the system, including the implementation of a national system for tracking and publicly reporting medical errors, as recommended by the Institute of Medicine more than 10 years ago.   “The public assumes that someone keeps track of all that goes wrong, but that is just not the case,” said Lisa McGiffert, director of the Safe Patient Project at Consumers Union, the advocacy arm of Consumer Reports. For more details about what needs to happen to improve hospital safety, go to www.ConsumerReports.org.

Consumer Reports is the world’s largest independent product-testing organization. Using its more than 50 labs, auto test center, and survey research center, the nonprofit rates thousands of products and services annually. Founded in 1936, Consumer Reports has over 8 million subscribers to its magazine, website and other publications.   Its advocacy division, Consumers Union, works for health reform, food and product safety, financial reform, and other consumer issues in Washington, D.C., the states, and in the marketplace.