Cunningham, TN – The 104th Lone Oak Picnic was held Saturday, July 28th by the Central Civitan Club at the Civitan Building on Alonzo Place. The Lone Oak Picnic has a long standing tradition of candidates running for election giving speeches during the event. Clarksville Online videoed each candidate’s speech for those unable to attend.

The Lone Oak Picnic is always the last Saturday in July. This is also the last weekend before the state primary election which makes it a great opportunity for the candidates to get in front of voters one last time. 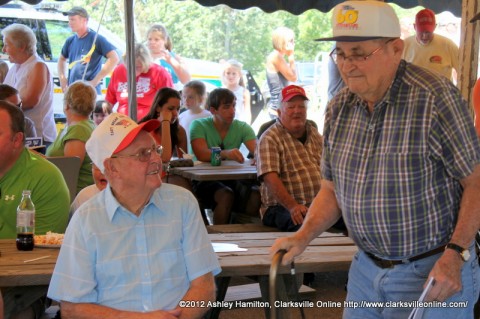 People gathering at the 104th Annual Lone Oak Picnic to listen to the candidates speak.

14 Federal, State and Local candidates were on hand at this years picnic. The candidates are listed below in the order that the speeches were given.

Note: Marsha Blackburn had given her speech before the videographer had arrived.