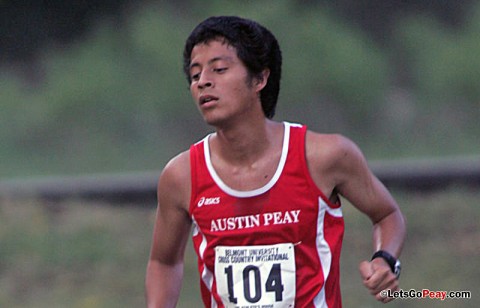 Traditionally one the larger events in the Midsouth area, this twilight race featured more than 2,200 runners at last year’s ninth-annual running. The Govs last competed at the Twilight Classic in 2010, finishing 17th out of 30 squads.

The Govs lost Boniface Yator following last season but return the rest of last season’s squad. Senior Geofrey Kosgei enters the season as the athlete most likely to ascend to the role of No. 1 runner for head coach Doug Molnar’s squad.

Juniors Tyler Kepley and Genaro Martinez and senior Konnor Kessler are expected to fall in line behind Kosgei. The fifth spot is up for grabs, with sophomore David Frattarelli and freshmen Bethuel Boinett and Austin Dabbs battling for the final position.

“We’re looking for a good effort this weekend,” Molnar said. “We’ve run a lot of miles this week. We want to see how they race and how they battle.”