With the Presidential election on the horizon, Chuck Sambuchino just hit the market with RED DOG/BLUE DOG: WHEN POOCHES GET POLITICAL, one of the funniest political books to take the stage in recent times.

Each page features a humorous dog picture with a caption for either the political view of a Liberal or a Conservative. 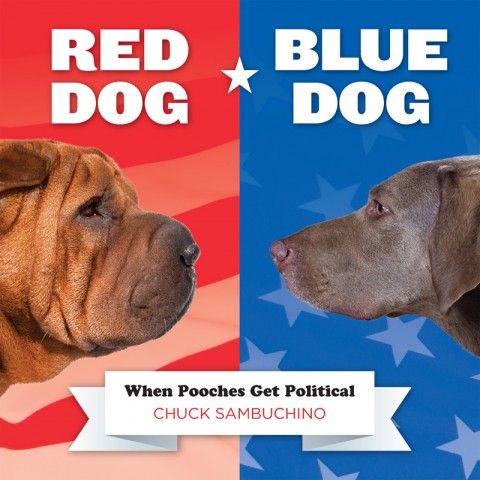 Based on the “red state/blue state” designation from the previous election, Sambuchino, a Writer’s Digest staffer, tells it like it is with phrases like “Blue Dog reminds you that we were all immigrants at one time,” while “Red Dog finally got that border fence built.”

What’s not to love about this cleverly written look at our absurdity in the current political scene where bipartisanism has become a thing of the past. With people choosing sides instead of learning to compromise, even the dogs can’t agree on what to do.

All animal lovers will be excited to know that a portion of the book’s proceeds will go to no-kill shelters and rescue groups. Chuck is not only a dog owner but features his dog, Graham, throughout his speeches, writing and on facebook.

RED DOG/BLUE DOG is available through Amazon, Barnes and Noble, Books-A-Million, BordersStores.com, Buy.com, Indie Bound, Powells, at www.runningpress.com [2], and at a local bookstore near you. A hardback at only $12.00 with 140 pages of hilarious pictures of dogs—such a deal! 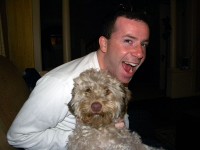 Chuck Sambuchino is the editor of Writer’s Digest’s Guide to Literary Agents and the Children’s Writer’s & Illustrator’s Market. Sambuchino’s other writing books are the third edition of Formatting & Submitting Your Manuscript (2009) and Create Your Writer Platform (2012). His previous humor book, How to Survive a Garden Gnome Attack is featured by Reader’s Digest, USA Today, the New York Times and AOL News. The film rights were recently optioned by Sony and director Robert Zemeckis.

Chuck has been a featured writer for at least four years at the Clarksville Writer’s Conference at Austin Peay State University and has appeared at other writers’ conferences throughout the USA. This summer Chuck was a featured speaker at The Homeric Retreat on the Greek island of Ithaca.

His practical advice for writers is highly valued as is his widely written blog, http://www.writersdigest.com/editor-blogs/guide-to-literary-agents [3].

Chuck’s own web site is chucksambuchino.com and his book has its own site at www.reddog-bluedog.com [4].