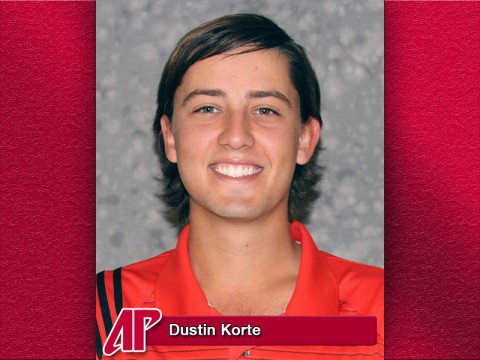 Korte, who shot a 3-under 213, was in the hunt for medalist honors, Tuesday, before breaking his putter. As a result, he finished the day using his wedge on the green and losing three strokes over the final seven holes—he lost the tourney by four shots.

The Metropolis, IL, native played superb golf on Monday, shooting a two-under 70 during the tourney’s first 18 holes but doing one better, a 69, on the second 18. In rainy and windy conditions, Korte was still solid but could not match that first-day performance, shooting a 74 to tie with Northern Kentucky’s Jonas Brown for third. Bowling Green’s Wes Gates won the tourney with a 209 while Arkansas-Little Rock’s Nicklaus Benton was second at 212.

Korte, an All-Ohio Valley Conference selection last spring, has been the Governors most consistent golfer through the fall season’s first two tournaments.