One of APSU’s eight cadets, Sean Hunt – who received the prestigious Legion of Valor Bronze Cross Award last month – is ranked No. 11 in the nation. 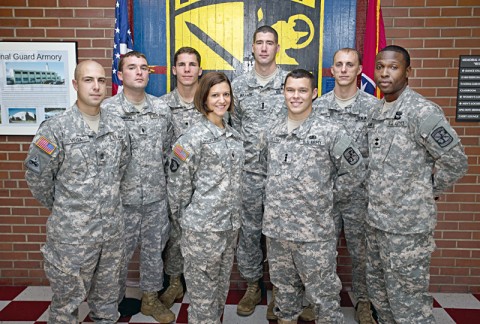 APSU had 17 cadets evaluated by the 2013 Army Cadet Command Accessions Board, which determines the order of merit list (OML) score of all cadets who will graduate and commission between October 1st, 2012, and September 30th, 2013.

The OML score and standing on the list determine if a cadet enters the Army as an active soldier, the National Guard or Army Reserve. It also determines for those going into the Army in which branch they will serve (infantry, aviation, military intelligence, military police, finance, etc.).