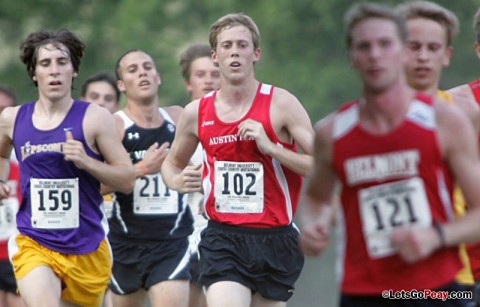 Junior Konnor Kessler led the Govs for the third time this season, turning in a personal-best 26:56.60 mark in the men’s eight-kilometer event.

“Konnor had a nice race today,” said head coach Doug Molnar. “He’s stepped up big for us this year.”

“We were flat all the way around today,” Molnar said. “I’m not sure why; maybe it was the amount of time between the meets. Today was definitely not the kind of showing we wanted in a big meet.

The Governors will be back on the course next weekend at the JSU Foothills Invitational in Oxford, AL.