Edwardsville, IL – Facing one of the stingier defenses in the Ohio Valley Conference, Austin Peay State University women’s soccer team proved up to the challenge against SIU Edwardsville, Sunday.

The Lady Govs played the Cougars to a 0-0 draw at Korte Stadium in a battle between two top conference rivals .

For Austin Peay (7-7-1, 3-2-1 OVC), it’s the third time in the last four matches an opponent was held scoreless. SIU Edwardsville (7-5-2, 4-2-1 OVC) remains one of the strongest defensive units in the conference, with just nine goals allowed in 14 games.

“We expected a tough match-up today,” said head coach Kelley Guth. “We were flat at the start and never got into much of a rhythm, but we battled for 110 minutes and picked up a crucial point.”   The Cougars controlled pace for much of the first half, outshooting Austin Peay 9-3 in the opening 45 minutes. The Lady Govs didn’t get a shot attempt off after the first 20 minutes; juniors Morgan Zigelsky and Tatiana Ariza put shots on goal for Austin Peay in the first half. 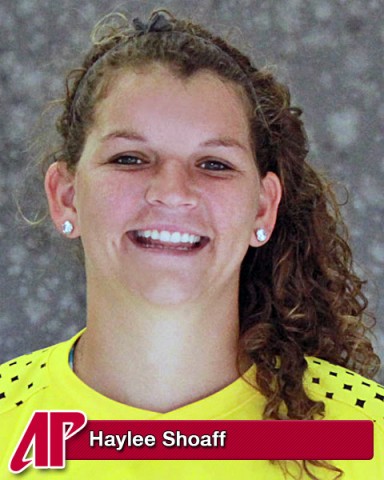 Junior Haylee Shoaff was under fire early and often but held her own throughout the match. The Coral Springs, FL, native made three saves in both halves and had eight total saves on the day. She now has 76 saves this season, the eighth-best single-season total in school history.

Four of the Lady Govs 10 shots came in the second overtime period. Juniors Corey Osborn and Andy Quiceno each attempted two shots and put one on goal, but were unable to find the back of the net. Osborn, hoping to catch the defense napping, fired a long shot to open the final overtime but just missed finding the mark.

“We hoped to catch them off guard at the beginning of overtime, but it didn’t work out,” Guth said. “SIU Edwardsville outplayed us for a lot of the game, but we battled to the end and showed some resolve, which was big for us.”   Shoaff’s foe in the opposing net, SIU Edwardsville’s Jennifer Pelley, made five saves on the day.

With the tie, Belmont’s overtime win at Tennessee Tech and Eastern Kentucky’s loss to conference-leading UT Martin, the Lady Govs are tied with Eastern Kentucky, Belmont and Jacksonville State for third in the OVC.