Clarksville, TN – Senior Nikki Doyle, of Austin Peay State University volleyball team, has been named the Copies in a Flash APSU Athlete of the Week. 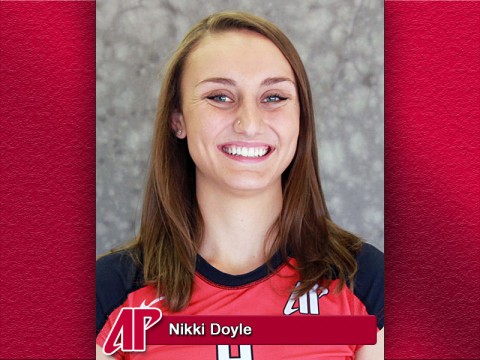 Doyle followed that up with 11 kills against Eastern Illinois and a 21-kill performance against SIU Edwardsville, both Lady Govs victories.