Clarksville TN – New Memphis Grizzlies owner, billionaire Robert Pera, introduced his ownership group at a standing room only media event at the FedEx Forum on Monday, saying he was “the luckiest man in the world right now.” 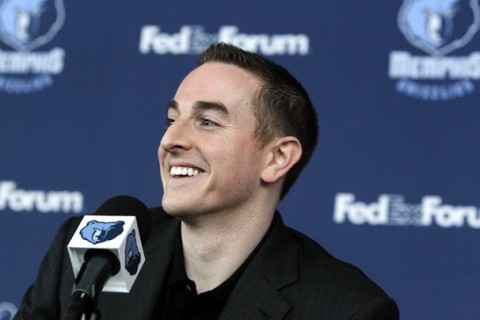 Pera said he will be involved in all high-level decisions but will leave the operation of the franchise to Grizzlies CEO of Memphis Basketball LLC, Jason Levien.

A spokesman for the franchise would not disclose ownership percentages.

Charles Hand announced the news in an e-mail to his employees, “I am proud to announce that our company is minority partner in the new ownership group of the NBA’s Memphis Grizzlies. This will help solidify our company as a member of the Memphis business community.”

Former Grizzlies owner, 75 year old Michael Heisley told Foxsports.com this summer “He’s young. He’s in his 30s. I think he loves basketball. And I think he’s financially very well off. I think he’ll be an excellent owner, but that’s a job for the NBA to decide.”  ESPN reported that the purchase price for the NBA franchise was in “the $350 million dollar range.”

Pera,the 34-year-old Northern California native, is a former engineer at Apple who left the computer giant at 25 to start his own company. Today Pera owns a reported 64 percent of the Ubiquiti Networks he founded and operates the company out of Taiwan as well as San Jose, CA. Pera speaks Chinese and Japanese and is said to play basketball four to five times per week.