Clarksville, TN – Sophomore setter Cami Fields, of Austin Peay State University volleyball team, has been named the Copies in a Flash APSU Athlete of the Week.

Fields recorded a career-high 64 assists in the Lady Govs five-set win against Southeast Missouri, Saturday, along with a career-best four blocks and 14 digs. She’s the first Lady Gov to record more than 60 assists in a match since Sarah Alisaleh’s 62-assist performance at Tennessee Tech, November 3rd, 2007. 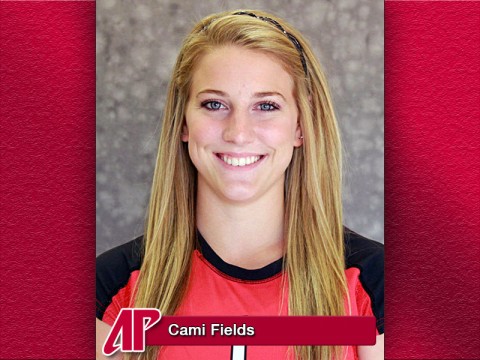 The 64 assists were a season-best in the Ohio Valley Conference, and just the third time this season an OVC player broke the 60-assist barrier.